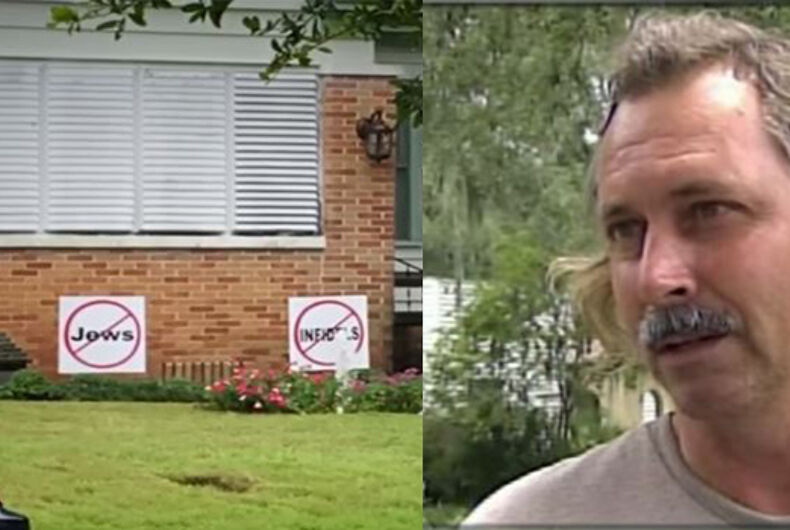 A Trump supporter in Florida upset neighbors with his anti-gay and anti-Semitic signs suggesting that getting rid of minorities is the way to make America “great again.”

Price told reporters from the station that his views align with Trump, and said that if his neighbors have a problem with what he puts in his yard they can either move or come talk to him about it.

He also said that previous presidents’ administrations had too many Jewish and LGBTQ people in their Cabinets.

Someone has taken the signs from the yard, upsetting Price.

City officials said that the signs could have been in breach of a code that limits “free speech signs” to one per home.

Price spoke with the station in 2012, arguing against same-sex marriage, and stating, “Homosexuality is rampant.”

Editor’s note: Updated to more accurately reflect the message on one of the signs.