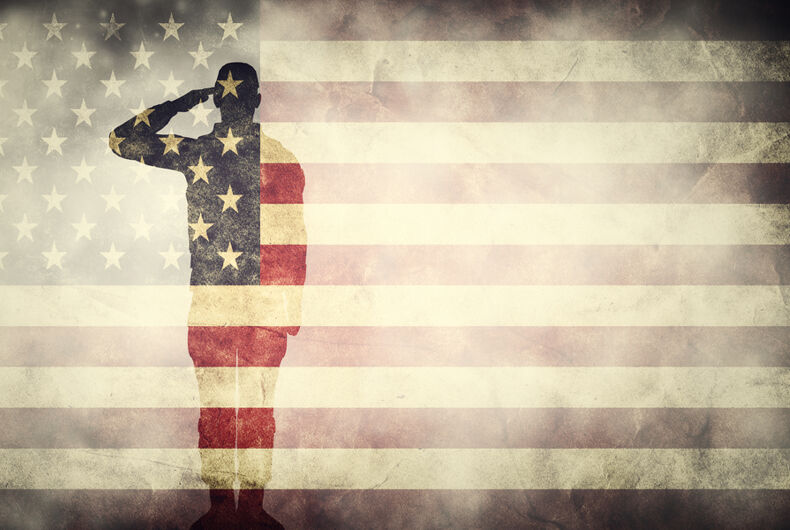 “Nationalism is an infantile disease. It is the measles of mankind.” Albert Eisenstein

Originally published in the September 8, 1892 issue of The Youth’s Companion, a widely circulated children’s magazine, the Baptist minister, Francis Bellamy, wrote the Pledge of Allegiance in commemoration of the 400th anniversary of the voyage and arrival of Christopher Columbus to what would later be called “the Americas.”

Suggested originally around 1948 by Louis A. Bowman, an Illinois Attorney and Chaplain for the Illinois Society for the Sons of the American Revolution, the idea of adding the two words, “under God,” gained popularity by 1951 when the Knights of Columbus, the world’s largest Catholic Fraternal Service Organization, passed a resolution to lobby the President, Vice President, and Congress to make “under God” a universal and permanent addition to the Pledge.

This (Christian) theocratic imposition, which passed Congress and signed into law by President Dwight David Eisenhower, found itself officially inserted into the Pledge on June 14, 1954 (Flag Day), and also printed onto currency, “In God We Trust,” in 1957 during the formative years of the so-called “Cold War” as a reaction to the “Godless” Communist Soviet Union. (“In God We Trust” was minted on U.S. coins by the Department of the Treasury in 1864 during the period of the U.S. Civil War.)

In 2014, the American Humanist Association, a progressive group, surveyed 1,000 U.S. adult citizens regarding what they felt about “under God” in the pledge after reading the following statement:

“For its first 62 years, the Pledge of Allegiance did not include the phrase ‘under God.’ During the Cold War, in 1954, the phrase ‘one nation indivisible’ was changed to read ‘one nation, under God, indivisible.’ Some people feel this phrase in our national pledge should focus on unity rather than religion.”

I find it highly problematic that the Supreme Judicial Court in my home state of Massachusetts ruled on May 9, 2014 that “under God” in the Pledge does not discriminate against atheists. The court asserted that while the wording may contain a “religious tinge” (what?!), it reflects patriotic practice rather than religion. Also, since it is voluntary, the Pledge, with “under God,” may continue to be recited daily in public schools.

Even with “under God” notwithstanding, I have long refused to stand at attention, place my hand over my heart, take off head coverings, and recite the Pledge.

…no I don’t since to do so amounts to nothing more than a hollow gesture of talking some sort of talk. As I was taught in English classes to avoid the passive “to be” verb, likewise “to pledge” amounts to a passive and shallow form of (non)action…

…a mere piece of cloth, and like the words of a pledge, represents merely a symbol, which can signify nothing beyond the threads, the dyes, and the stitches holding it together…

“…of the United States of America…”

…and for all those with insufficient background knowledge of its history, its multiple cultures, its people, and its relationships to other countries of the world, what are they pledging allegiance to?…

“…and to the republic for which it stands…”

…yes, a government in which citizens have the right to vote for elected officials representing them, which is a concept and an empowering reality when enacted and carried out. However, we have a history and a legacy in this country that has denied and continues to deny, by law and by practice, this right as we currently are witnessing in parts of our country, for example, in North Carolina, Florida, and other states in their “voter suppression” statutes.

Yes, indeed, a single nation. But let us never forget that this nation, this E Pluribus Unum (“from many, one”) came the diversity from the entire world: the traditions, the languages, the cultures, the religions, the belief systems, the totality of the human experience, which must be acknowledged, supported, cherished, valued, and nurtured never again compelled to melt away into a Eurocentric, Protestant, and oligarchical-dominated, patriarchal, racist, classist, adultist, heterosexist, cissexist, ableist, ethnocentric stew of ruthlessly mandated conformity…

But what ever happened to that grand U.S. vision of a wall separating religion and government, more commonly known as a “separation of Church and state,” even though primarily Christian houses of worship take “church” as their titled designation? “Under God” certainly has much more than a “religious tinge.”

…yes, possibly in the sense of commitment to make this “a more perfect union,” but with this experiment we call “The United States of America,” the process, our democratic process, is bound to be messy, with divisions and fractures inevitable, but hopefully with mechanisms and systems continually expanding that encourage diversity of thought and identity while maintaining the process of perennial change and progress…

…though defined in many ways depending on the individual who defines it, I see “liberty” as individuals’ inherent right to define, to identity, to name themselves, to develop and maintain their sense of agency and subjectivity without others defining or controlling them. I ask us to access whether we as a society have truly reached that point.

Yes, all. Not only some – of certain socially dominant groups. I wonder whether this overriding notion of “rugged individualism,” with all this talk of “personal responsibility” coming from certain quarters on the political Right, amounts to doublespeak by meaning, instead, that we need not maintain any of the safety nets put in place to assist our most vulnerable residents.

On the other hand, for in the words of the Reverend Doctor Martin Luther King Jr. “Injustice anywhere is a threat to justice everywhere. We are caught in an inescapable network of mutuality, tied in a single garment of destiny. Whatever affects one directly, affects all indirectly.”