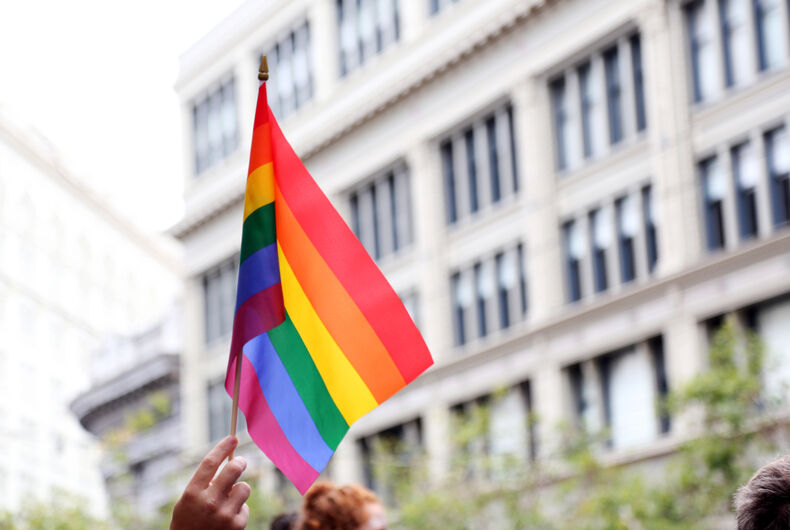 Every city and town that hosts a pride celebration has its own unique flavor. According to LGBTQ Nation readers, these are some of the best (in addition to New York City and San Francisco, of course).

“Seattle……year one. Most of us had to disguise ourselves….because we could have been fire[d] from our jobs. I can never describe the empowerment I felt marching in that first parade and all the ones that followed. A bomb threat was called in and we all had to disperse from Westlake mall. We rejoined after the threat was deemed over. I am now 77. My pride remains and LoveWins!!!!!!!” wrote Merlyn Peggy Smith.

“Something about the Portland Pride is so much more familiar and neighborly than the bigger parades in cities like San Francisco,” Jordan Land said. “I’m still able to find a good spot in the bar to watch my favorite Queens, I don’t feel swallowed up by the crowed at the parade, and the events are spread out enough yet still infrequent that I can really appreciate the town while being surrounded by other LGBTQ+ folk.”

“Orlando Oct 16 -Pride after Pulse,” recalled Melissa Gillis. “It was beautiful and sad and amazing all rolled into one.”

Chris Michael Hepler writes that his home state of Nebraska had better pride celebrations than the big city they live in now.

“I live in Las Vegas now and pride here sucks,” they said. “My red state Nebraska blows Las Vegas out of the water.”

I’ve only ever been to pride in Missoula MT, but the drag show was BADASS! And great partying and dancing!” DanniBereta wrote.

“Columbus, OH has the best PRIDE celebration in the Midwest!” said Katie Lotko.

And if you’re looking for a beach but you don’t live near the ocean, try the Great Lakes.

While Zoe Harris said they were a fan of Seattle and Long Beach prides, they highlighted the important of smaller celebrations — much smaller.

“A dear friend of mine decided to have her own gay pride parade in an extremely small town in Washington in 1981. She showed up with her sign and marched down Main Street alone,” Harris shared. “She was followed by red-necks in a Jeep who threw garbage while screaming epithets. She believed it was important to come out in the community where you lived. She was brave.”

Joshua Benkin put their vote in for Frederick, Maryland Pride, noting that it’s a “nice park downtown” and starts of with a “great ecumenical service in the morning.” Heads up: It may be a small town, but parking isn’t free. Plan to bring $2 for the downtown garage.

Sometimes, the best pride is the one you’ve been to.

“As of next weekend, I’ll have only been to one Pride, and that’ll be in Casper, WY,” Ender Collins wrote. “We’ll be having the city’s first pride parade on the 11th, and the annual Pride in the Park event on the 10th.”

Collins didn’t mention if any of the festivities will include men wearing tutus.

Did your city get a shout-out? Visit the post to find out.

Is the Pentagon retreating from its transgender military policy?

Paris Accord, Pride Month proves yet again, don’t hang your hopes on Ivanka