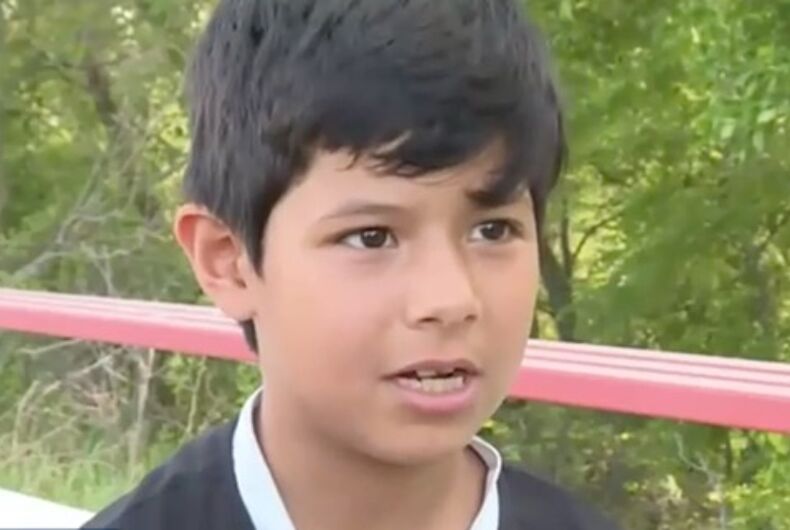 Mili Hernandez, an 8 year-old talented soccer player from Nebraska, was forced off the field over the weekend when officials decided she is a boy. Hernandez, who wears her hair short, is a biological girl.

“When my hair starts to grow I put it short because I’ve always had short hair. I didn’t like my hair long,” she told WOWT news.

Hernandez is quite the athlete. While she’s only 8, she plays with the team for 11 year-olds. But while she led her team to the finals, when it came time to play officials disqualified the team, saying she is a boy. Even after being shown documentation that she’s a girl, organizers refused to budge.

“They didn’t want to listen. They said the president made his decision and there wasn’t any changing that,” her uncle said.

Of course the soccer club is refusing to answer any press questions about the incident. Instead, the heartless executives say that if the team feels there was an error, they can submit a challenge to the Nebraska State Soccer Association. Of course, they won’t be able to win a trophy or the championship, but a nice warm stack of paperwork will really perk those kids right up.

“Just because I look like a boy doesn’t mean I am a boy. They don’t have a reason to kick the whole club out,” Hernandez pointed out with logic so simple even a referee can understand.