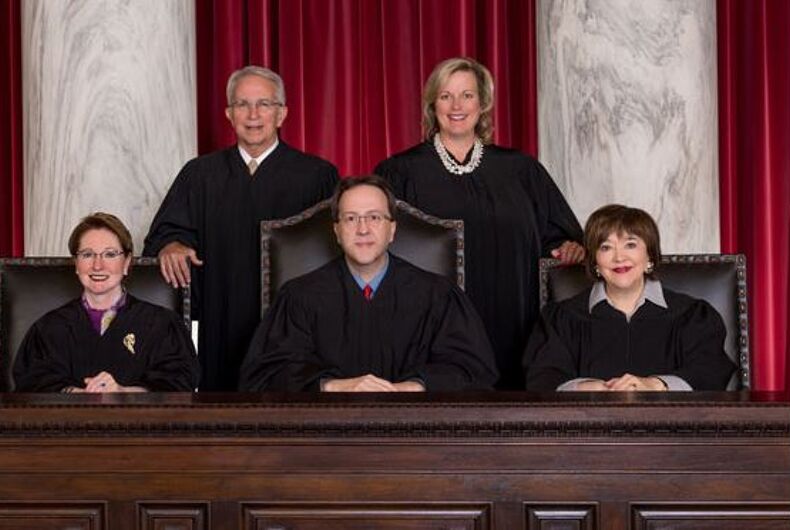 The West Virginia Supreme Court ruled on Tuesday that antigay attacks are not covered under the state’s hate crimes law, in a 3-2 decision in West Virginia v. Butler.

In April 2015, college athlete Stewart Butler is alleged to have shouted antigay slurs at two men for kissing in public, before getting out of his car and assaulting them.

Prosecutors tried to argue that since Butler wouldn’t have attacked the men if one of them had been a woman, the civil rights protections against violence motivated by sex discrimination should apply.

Circuit Judge Paul Farrell ruled against that interpretation, noting that state lawmakers appeared to have left out sexual orientation intentionally when the civil rights protections were put into place three decades ago.

Attempts at adding protections for violence motivated by antigay sentiment have failed.

The West Virginia Supreme Court agreed with that ruling, sending it back to Cabell County Circuit Court for further disposition. The court ruled that the word “sex” in the hate crime law was “unambiguous.”

Writing in a dissent, Justice Margaret Workman wrote, “the crime occurred because he was perceived to be acting outside the social expectations of how a man should behave with a man. But for his sex, he would not have been attacked.”

Workman compared the situation with a woman being fired for failing to conform to gender roles:

For instance, if a woman works for a corporation, fails to conform to that corporation’s expectations of appropriate “femininity” or gender identity, and is denied opportunities for promotion, has she been discriminated against because of her sex? Yes, but not simply because she possesses female anatomical parts; rather, the actions occurred because she was perceived to be behaving outside the social expectation of how a woman should conduct herself in that corporate environment. But for her sex, she would not have been discriminated against.

And she also compared this to prejudice against couples of different races:

If a Caucasian man is fired because he is married to an African-American woman, has he been discriminated against because of his race? Yes, but not simply because of the hue of his skin; rather, the act was committed because he was perceived to be behaving outside the social expectation of how a Caucasian man should behave with an African-American woman. But for his race, he would not have been fired.

She further argued that simply because “sexual orientation” could not be found in the civil rights protections language did not mean the case should simply be thrown out on those grounds alone, writing:

The point of origin in the majority’s opinion is sound; the statute indisputably does not include the words “sexual orientation.” But the majority concludes its analysis prematurely. Simply finding the absence of those two magic words fatal to the State’s contention is the most effortless answer this Court could conjure. But while an answer without more in-depth analysis may be the path of least resistance, it also gives the shortest shrift to real critical thinking.

Butler has pleaded not guilty and is still facing two counts of battery.