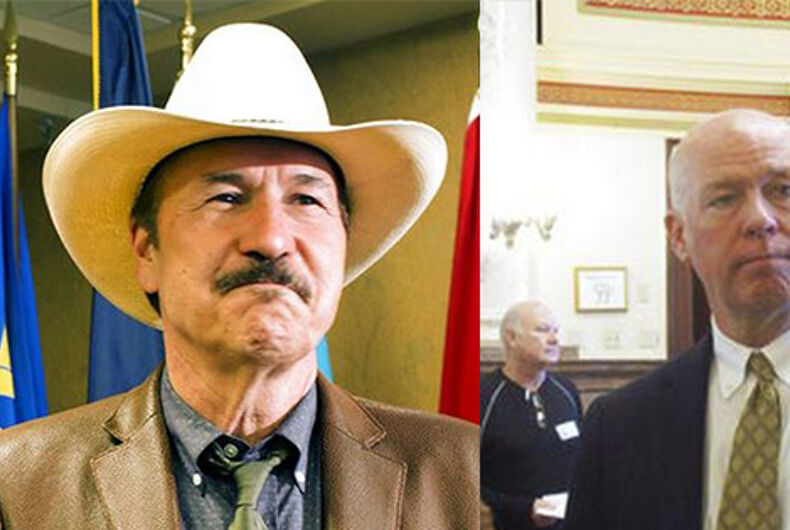 Rob Quist (l) and Greg Gianforte (r) have been locked in an anything but dull battle in Montana's special election.Photo: Associated Press

UPDATE: Republican candidate Greg Gianforte managed to weather the storm of the late breaking scandal after he was charged with a misdemeanor for allegedly assaulting a journalist to win a tightly fought race in the special election to replace Interior Secretary Ryan Zinke.

Gianforte apologized for the violent act he committed, but only after winning the election. He will appear in court sometime between now and June 7.

Republican Greg Gianforte, an entrepreneurial tech billionaire, seemed the obvious favorite in a state that went big for Trump and the seat hasn’t been held by a Democrat in two decades.

But then Gianforte went and body slammed a Guardian political reporter, Ben Jacobs, leading to an assault charge, and causing an already tightening race to get even more competitive.

Jacobs previously authored a piece on Gianforte exposing his business ties to Russian companies that have been sanctioned by the United States. This while the Trump administration grapples with an investigation into its own ties with Russia.

How this violent turn of events will affect the race will be seen tonight, as voters have had their say and the results will come in, with national implications as the Democrats hope to give wind at their sails going into the 2018 midterm elections where they hope to win back the House.

This election has taken on particular weight after Democrat Jon Ossoff narrowly missed winning the 50 percent needed in a special election in Georgia to avoid a runoff in June, which will now take place and could be a more difficult election for him to win.

You can watch BuzzFeed News‘ live coverage of the special election results below.

We're digging into results from the Montana Special Election on @periscope. Come join us 🇺🇸 https://t.co/bS7g43e3dc