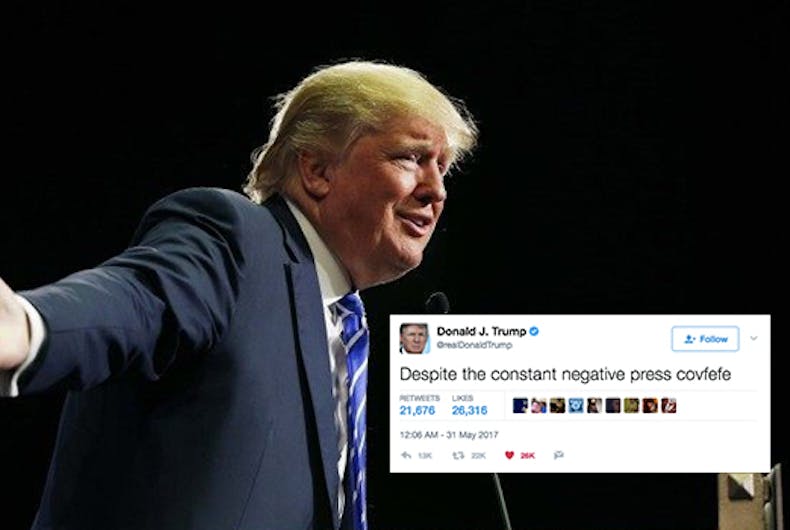 Twitter can be hard to master, apparently even if you do it like it is your second job and your first job is to run the country.

Especially if you’re filled with anger over how harshly the press is treating you, just because you so happen to be at the center of an administration so beset by scandal and leaks that it is more histrionic than your reality television career.

In a late night typo-laden tweet, President Trump complained about “negative press covfefe,” presumably meaning to write “negative press coverage.” He deleted the tweet and followed it up with this one poking fun at the error seven hours later.

Who can figure out the true meaning of "covfefe" ??? Enjoy!

Well, this is the internet, so not only was that tweet not going anywhere, but plenty of people had already begun to enjoy the many possibilities the newly coined word offered. Enjoy!

TRUMP: Despite the constant negative press

The legend of #covfefe continues… pic.twitter.com/VvY1GYsTO7 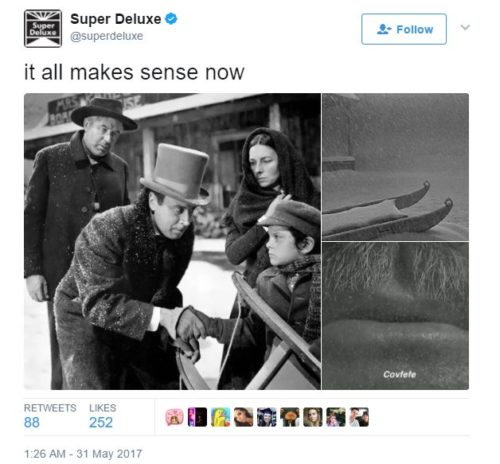 This is #covfefe translated from Russian. pic.twitter.com/1Im7ZzLO0Y

And then there’s this, which is just impressive.

Even the dictionary had to get in on the fun.