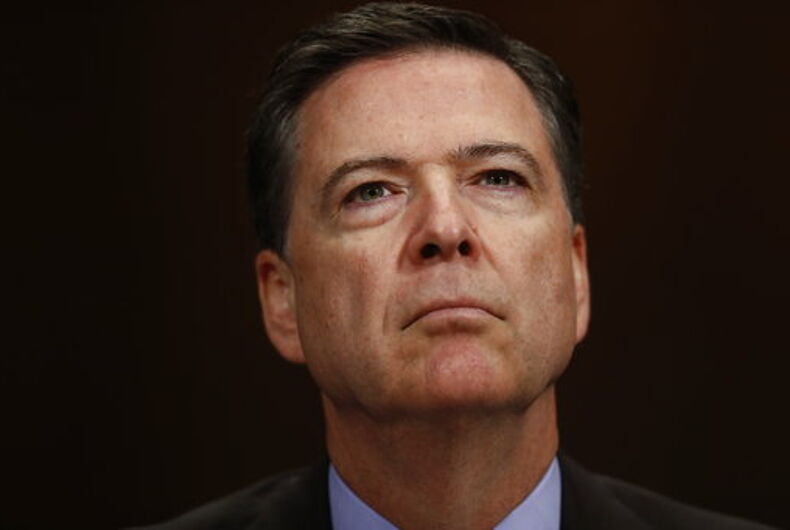 FILE- In this May 3, 2017, file photo, FBI Director James Comey listens on Capitol Hill in Washington. President Donald Trump has fired Comey. In a statement on Tuesday, May 9, Trump says Comey’s firing “will mark a new beginning” for the FBI. Photo: (AP Photo/Carolyn Kaster, File)

“The FBI is one of our nation’s most cherished and respected institutions, and today will mark a new beginning for our crown jewel of law enforcement,” Trump said in a statement.

The White House said the search for a new FBI director was beginning immediately.

The White House made the stunning announcement shortly after the FBI corrected a sentence in Comey’s sworn testimony on Capitol Hill last week. Comey told lawmakers that Huma Abedin, a top aide to Hillary Clinton, had sent “hundreds and thousands” of emails to her husband’s laptop, including some with classified information.

On Tuesday, the FBI said in a two-page letter to the Senate Judiciary Committee that only “a small number” of the thousands of emails found on the laptop had been forwarded there while most had simply been backed up from electronic devices. Most of the email chains on the laptop containing classified information were not the result of forwarding, the FBI said.

Comey, 56, was nominated by President Barack Obama for the FBI post in 2013 to a 10-year term. Praised for his independence and integrity, Comey has spent three decades in law enforcement and has been no stranger to controversy.

#FakeNews: Another religious right claim of persecution just got debunked