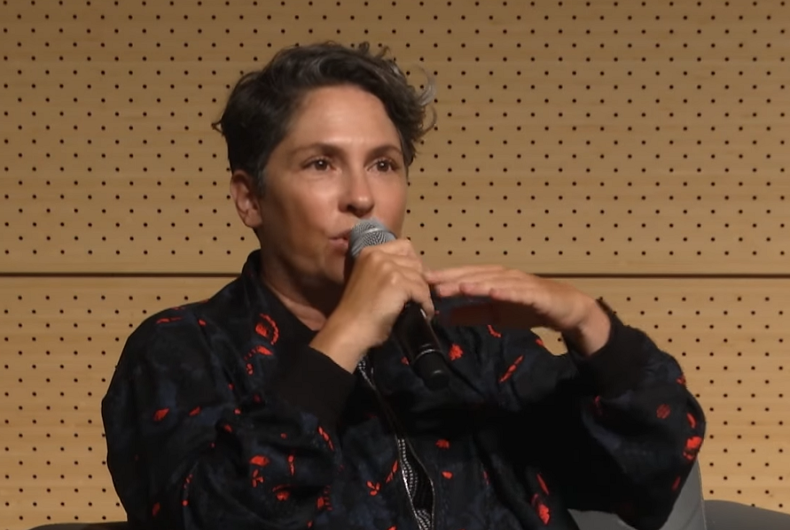 In an interview with The Guardian, Jill Soloway says that they identify as non-binary and prefer gender-neutral pronouns. They also used the word “trans” to describe themselves.

Soloway is best-known for creating the Emmy Award-winning show Transparent, a series about a Los Angeles family whose father is transgender. They also worked on the HBO series Six Feet Under as a writer and have written and produced several films.

In the interview they say, “I identify as trans, which means that I am not seeking to synthesize my appearance with the label assigned to me at birth and instead am opting to live in a space where a label other than male or female is used to define me.”

Soloway goes on to explain their view on the relationship between being non-binary and trans: “Under the transbrella, there are so many identities. I haven’t made the big ‘I’m trans’ announcement because the politics in the community are so intense. It’s more like I had the realization that the word cis didn’t work for me, so first there was the ‘not-cis’ revelation, which linguistically means the same thing as trans.”

Two years ago, Soloway came out as a lesbian, and last year said that they prefer gender-neutral pronouns.

The interview with The Guardian, though, took a transphobic turn. Soloway, whose work is known for its uncompromisingly feminist perspective, said something that sounded to me like nothing more than a banal acknowledgement that misogyny exists, “I notice when people see me as non-binary, I get treated more as a human being.”

Freeman follows up with a question, “Do you see any contradiction in that your work celebrates femaleness but you personally are rejecting it?”

Maybe my google skills are failing me, but I can’t find an interview where The Guardian asked a cis-male filmmaker the same question.

Back when I was in college, a feminist friend of mine made a comment about how “of course” I was a gay man, since there’s so much male-privilege available in gay couplehood. For some reason, though, I can’t imagine a straight feminist woman being told that “of course” they’re straight, since they just want to attach themselves to someone more privileged than they are.

Some people are cis, some are trans, some are straight, some are gay, some are bisexual, etc. That’s the starting point – they are who they are – not something open for debate about why.

And it doesn’t matter if that debate is coming from the left or the right.