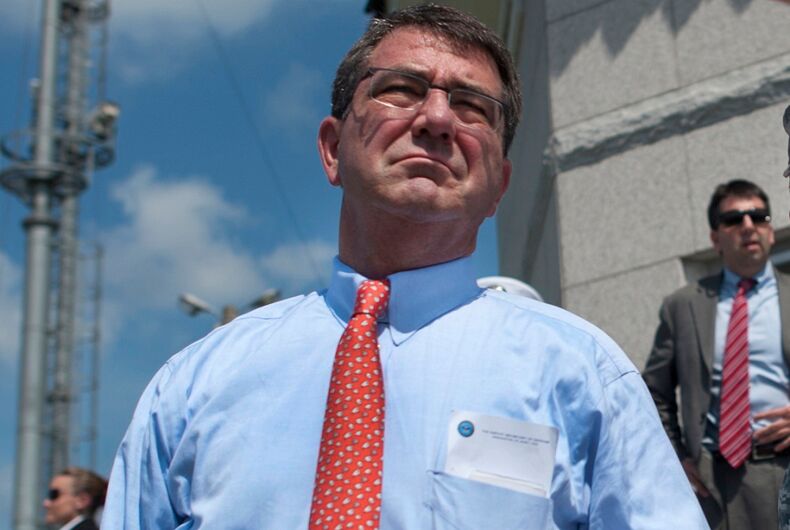 Cadets at two military academies told the New York Times that they aren’t being allowed to become commissioned officers in the military even though the ban on transgender service members was lifted last year.

At issue is the policy that lifted the ban on transgender service members last October. The Obama Administration policy, established by former Defense Secretary Ash Carter, allows only service members on active duty to come out as transgender. Each service branch has to come up with a plan to allow transgender people to enlist by July 1, 2017.

In the meantime, though, graduates of the military academies are not being commissioned because they are being treated as new recruits.

Then-Undersecretary of Defense Brad Carson, who advocated for the end to the ban on transgender service members, said that this situation was not intended by authors of the policy. He thought that “the same rules that apply to active-duty service members today would also apply to service academy personnel, because they’re already in the military.”

Riley Dosh, a West Point cadet who came out as transgender shortly after the ban was lifted last year, said that she doesn’t understand the purpose of this situation. “Why am I different than the numerous transgender officers enlisted who are already currently serving and have been allowed to transition?”

The superintendent of West Point even asked for a medical waiver on Dosh’s behalf but was told that the Defense Department “did not think it appropriate” to grant a waiver while the policy on recruiting transgender people was still under review.

Dosh was told to apply for a civilian job instead.