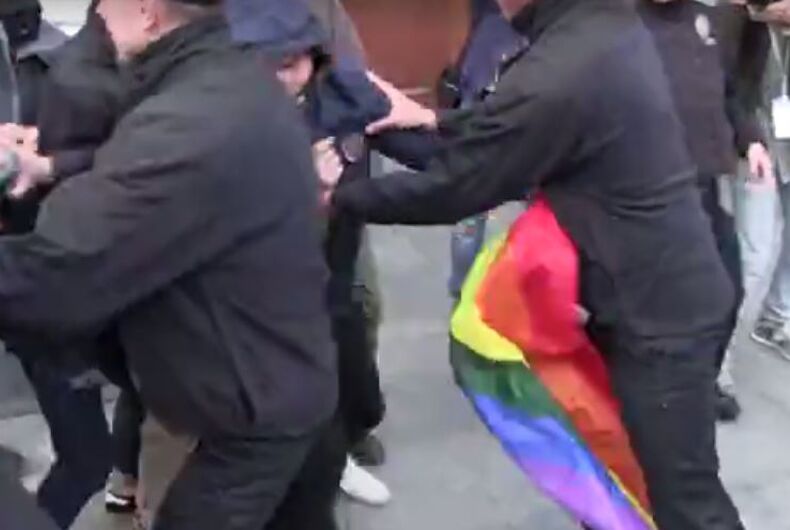 LGBTQ rights activists were attacked by a group of young men in the Ukrainian city of Kharkiv during a demonstration; the group also turned on police officers who tried to intervene.

The attackers also stole a rainbow flag and set it on fire.

Police officials say that two of their officers were hospitalized, and four of the assailants were detained and could be charged with violence against law enforcement authorities, reports Radio Free Europe. The charges could land them in prison for five years.

In 2015, 25 people were detained and more than a dozen injured when attackers descended on a pride rally in Kiev, the capital of Ukraine.

While laws have loosened to some extent in recent years in Ukraine, LGBTQ people still do not enjoy equal protections under the law, including lacking marriage equality and adoption rights.

Earlier this month, Kiev hosted the Eurovision Song Contest, whose slogan this year was “Celebrate Diversity.” Tanya Cooper, a researcher for Human Rights Watch based in Kiev, told Radio Free Europe ahead of the event that the slogan “sounds hollow in a country where LGBT people still do not enjoy equal protection under law and in employment.”

Catholic school teacher outed and harassed by students, then fired