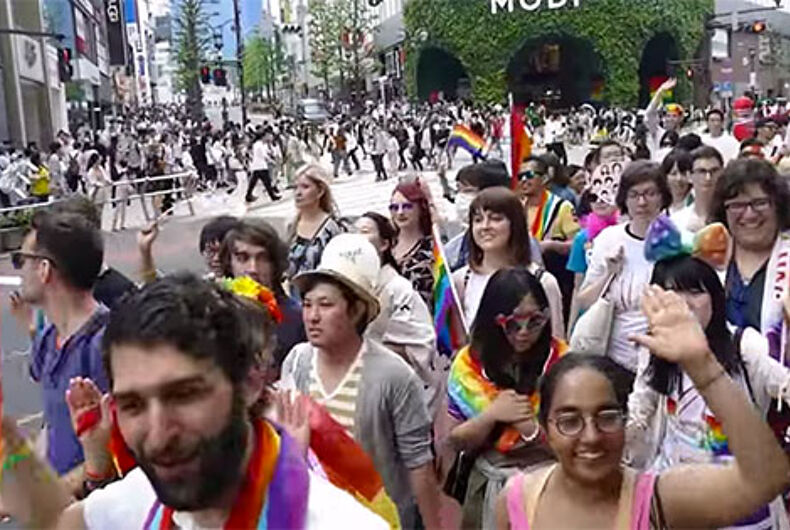 This year’s theme was “Change,” as JoeMyGod reported.

“I believed that nothing would change,” read flyers for the event. “But, little by little, things are starting to change,” according to a quote from an unnamed individual. “Let’s achieve a future where everyone is respected as an individual, despite differences in sexuality.”

This year’s marchers in the Shibuya district had the support of 190 corporations as well as local government officials.

Carrying signs and waving flags, the marchers danced and strutted to the beat of upbeat, affirming music.

Video from the Japan Times showed local celebrities waving from floats that passed its camera position.

Does Trump know or care about abuses against gay and bi men in Chechnya?

Why is the Mormon Church pulling 185K teens from Boy Scouts?