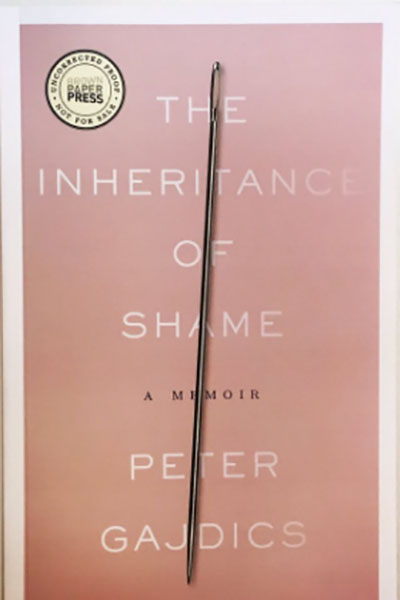 “How are you feeling today?” Alfonzo asked me weekly.  I understood his meaning. He could have just as easily asked me if I was still thinking about or attracted to men. The truth was I had never stopped finding men attractive, clocking in at about a six on Alfonzo’s revised “Kinsey scale” of one to seven, and my inability to “flip to the other side” was feeding into my obsessions about the possible “causes” of my homosexuality.

Viewing my obsessive-compulsive thinking as one more symptom of my pathology, Alfonzo reminded me that I would never be able to make the “switchover” if I continued to obsess about “the gay side.” Anafranil, my fourth tricyclic antidepressant, was prescribed specifically to deaden my sex drive. The medication made me feel numb, lifeless, passive. Any light that had remained alive in me was now switched off. Erections were eliminated; fantasy and arousal, eradicated. Fear of the world, my vulnerability and dependence on Alfonzo, increased. On a number of occasions when we’d discuss my increasing passivity, he told me that homosexuals were passive by nature.

“You need to push through your passivity. Remember: your unexpressed anger is what’s keeping you from your heterosexuality.”

If I talked about my ongoing fear of the world, Alfonzo said that there was only one fear, and it was of not being loved. Repeatedly he told me that if I ever didn’t know what to do, I should just talk to my mom (Alice) or dad (himself).

“Papa has your best interest at heart” were the words I heard so often, as I picked myself back up and headed out the door.
***
“How are you feeling today?” Alfonzo asked during one of our sessions, as usual.

“I still think about men.”

“We may need to try something new. Through the years you’ve learned that homosexual relations are pleasurable. This is incorrect data. Homosexuals have confused their sex organs. Why else would they stick their penis where they shit? We need to correct your brain’s faulty wiring. I want you to go home tonight and bottle some of your feces in a little film container. Every time you’re attracted to a man — if you’re out on the street or on a bus — I want you to open the bottle and sniff the contents. You need to be reminded where homosexual men stick their penis. You need to be reminded that homosexual relations are not pleasurable.”

Listening to Alfonzo, I was free falling into space, falling backward from the top of the stairs, trusting he would catch me.

If the film container did anything, it reminded me of how often I still thought of men. Whereas before I had always unconsciously noticed a man on the street or the bus, now I had a means of counting every last one that caught my eye: I’d reach into my shoulder pack, pull out the container, my firearm, discreetly hold it up under my nose, open it and take a deep, powerful whiff, like I was back snorting poppers in a bathhouse.

Only this time it’s perverse stench was a bullet to my soul, silencing, but not killing, me.

One night after sniffing the container three or four times on a bus, I caught the evening’s front-page headlines: Persian Gulf War: One Man’s Story of Torment. Yes, I understood. Alfonzo was my commanding officer, and I, his enlistee, had been sent to wage the war of my life, the war within. Desperate times required desperate measures. Or so I told myself.

Some weeks later, he asked me again how I was feeling.

“Yes. And I’m still attracted to men. Only now I smell shit all the time. It’s confusing me.”

“Well, then . . . ordinarily I don’t like gimmicks, but we may need to begin hooking your genitals up to electrodes. We may need to help retrain your penis.”

The Inheritance of Shame is available on Amazon.com as well as in bookstores.