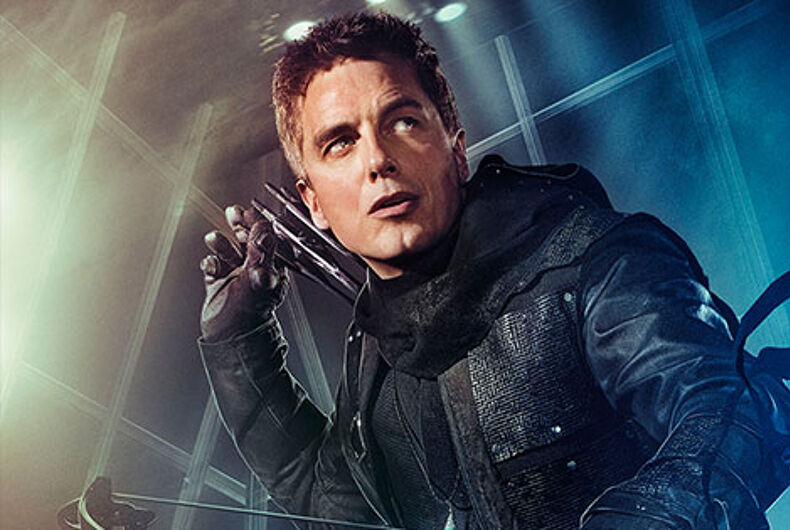 Actor John Barrowman, who makes no secret that he’s gay, is out of a job and none too happy about it. For five years, Barrowman has been a fan favorite on the CW Network’s Arrow, playing baddie Malcolm Merlyn.

And as recently as last September, there was talk that Barrowman’s evil character was the most likely to win a spinoff series of his own.

Now Merlyn is not only not getting a spinoff, he’s been killed. And worse, he didn’t even get a dramatic death scene, with his end coming off-camera.

“By now you know that Malcolm Merlyn is no more,” Barrowman told fans in a video message posted online. “I know they’ve done it off-camera but I’m here to tell you I won’t be coming back next season. I want you to know how wonderful it has been for the last five years to be part of the Arrow universe and all the shows connected to it.”

Barrowman is sad, not just for fans, but understandably for himself, too. He posted his thoughts and feelings on Instagram, in two parts.

part 1 of 2 Spoiler Alert! Thank you to all the fans, cast and crew for an amazing 5 years #Arrow #Merlyn #YouMakeMyLifeAwesome I love you. JB

Spoiler Alert! Part 2 of 2 again thanks for all the support over the last 5 years. Now look out for the USA revised autobiography. JB

Barrowman recently turned 50, and as Gay Star News reported, he plans to remain active on social media and is working on updating his autobiography for a release in the U.S. It would include some chapters on Arrow, he promised fans.