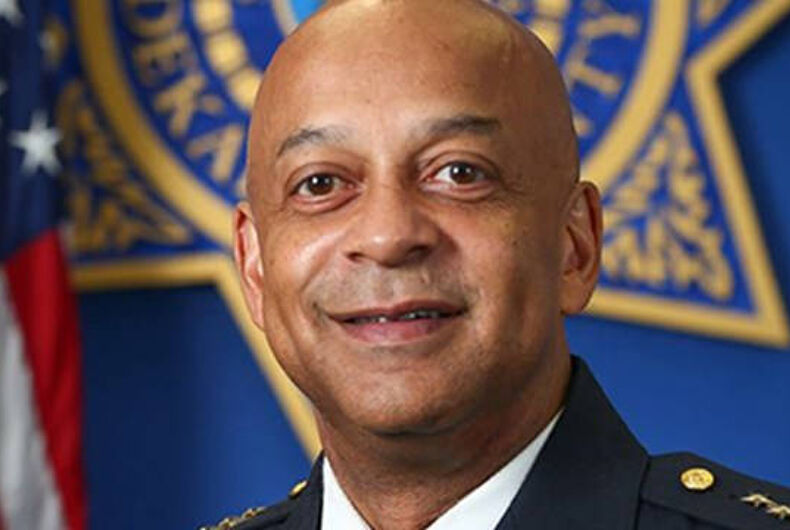 Mann has said that the incident was a misunderstanding.

An Atlanta police officer was patrolling a cruising area in Piedmont Park when he saw Mann rubbing himself through his pants and then exposing himself, according to the police report. The officer was in uniform but was hiding the reflective strip of his uniform by standing next to a tree.

Mann has been the sheriff of Dekalb County since 2014. While the city cannot remove him from office, he could step down or be removed by the state government.

DeKalb County Commissioner Nancy Jester said that the charges are embarrassing and that Mann could have trouble leading the police department.

Georgia Sheriffs’ Association Executive Director Terry Norris told the Associated Press, “If those charges are accurate, that behavior is certainly unbecoming to anyone and that includes the sheriff or any other officer.”

Many in the police department are calling for Mann to step down, but he has some supporters.

While the officer was uniformed, that he was attempting to conceal his uniform shows that this sting operation is more about arrested gay and bisexual men than it is about reducing gay sex in public. Walking around with an obvious uniform and a flashlight does more to stop public sex than hiding and waiting for people to arrest.