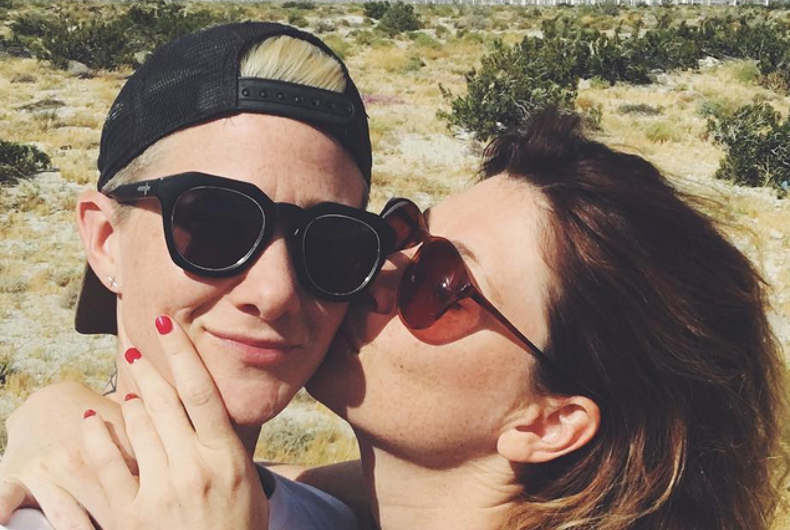 Actress and model Diora Baird opened up about coming to terms with her sexuality in an interview with The Advocate.

Baird is best known for her roles in Wedding Crashers and the Showtime series Shameless. She’s also a model and has appeared on the covers of Esquire, Playboy, and FHM.

Baird, who is the mother of a 4-year-old child who she had with her ex-husband, said that she always knew that something was missing. “It took me years to accept who I truly was. I tried to be what was expected of me, but I have reached the point where I don’t want to hide anymore. In all my relationships with men, I knew something was missing and I finally figured out what that something is … I am meant to be in a relationship with a woman.”

She also told The Advocate that she’s in a relationship with comedian Mav Viola. “I know without a doubt she is my person,” Baird said.

Baird posted a picture of herself with Viola on Instagram last month.