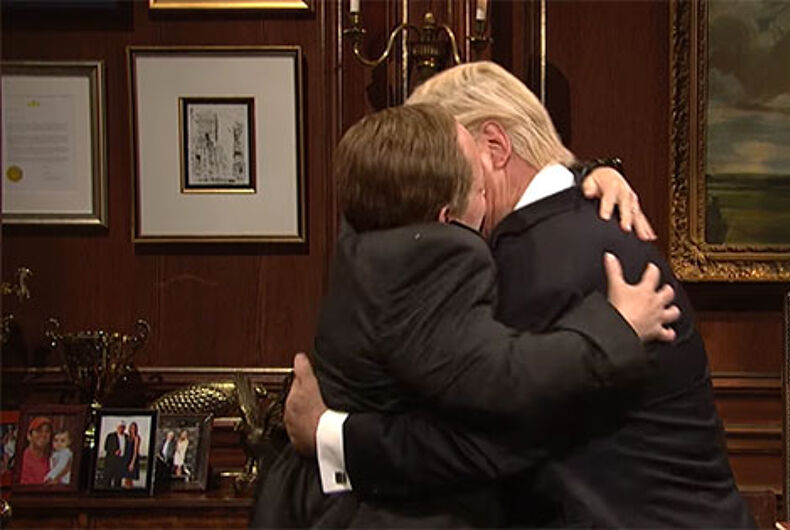 As soon as it was revealed Melissa McCarthy would return to host Saturday Night Live, most of America rejoiced at the thought of seeing her once again portray White House Press Secretary Sean Spicer. And the show did not disappoint.

Alec Baldwin reprised his role as President Donald Trump, not just in the opening monologue but in a longer skit with McCarthy that combined the best elements of prior episodes — Spicey abusing the press corps — and the idea that Spicer would hit the road on a quest to learn whether the president was being honest with him.

It all culminated in a scene in which the president tickles Spicer and then commands him to kiss him. The press secretary demures. “I’m married!” McCarthy as Spicey tells Baldwin’s Trump, “I can’t! I have a wife, I took vows!”

But they do make out passionately once the president assures Spicey it’s just like a scene in a famous film. McCarthy ends the sketch with the line, “I had a good run!”

Does that foretell the end of her characterization of Spicer? We certainly hope not!