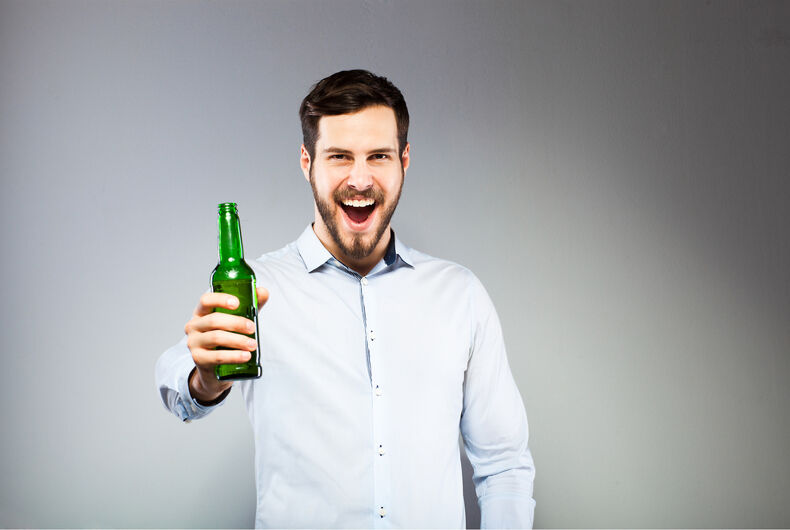 A new study published in the The Journal of Social Psychology has come to a not-so-shocking conclusion. The more a straight man drinks, the more likely he is to find another guy sexually attractive.

Stories of straight men who have sex with other men have become lore among gay culture. From adult videos to campfire tales, having sex with a straight man has become a badge of honor for some men as if it were a mark of personal worth. Unremarkably, the new study shows, it’s not their quick wit and charming personality. It’s the booze.

Social scientists ran an experiment outside of Midwestern bars and talked to both men and women in various states of inebriation. While sexual willingness to engage with a same-sex partner stayed the same with women, the more a man had to drink, the more likely he was to consider having a roll in the hay with a man.

In case you were wondering, the straight men were still just as attracted to the woman no matter how much they had to drink.

We all know how this ends: Death is not a failure