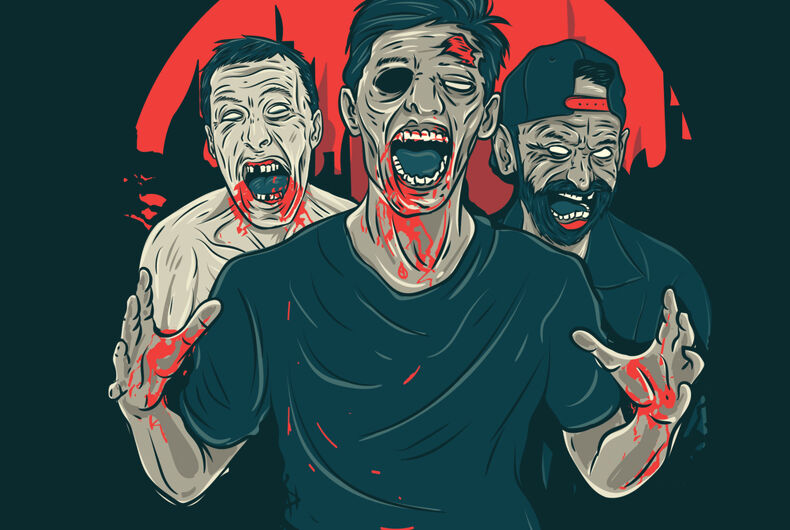 If think you’ve seen and heard it all, you haven’t tuned into right wing religious radio lately. For all of the Bryan Fischer and Franklin Graham-style would-be political leaders, there’s always an even crazier level of bottom feeders willing to take it that one extra step toward Crazytown.

Enter End Times radio host Rick Wiles and his guest “financial analyst” Jim Willie. Willie is one smart crackerjack and doles out plenty of crazy conspiracy theories – including the ever popular “When the big one happens, you’re gonna wish you had a basement full of gold!” brand of late night infomercial learnings.

Some things, however, are even more important that having your own personal Fort Knox.

Speaking to Wiles about the recent announcement from Buckingham Palace that the elderly Prince Philip will retire from the public eye, Willie told listeners that it was all a head fake to cover up for aliens. “The Queen Lizard” died, according to Willie, but them maybe not according to RightWingWatch.

“I think the Duke made his announcement because he wanted to get out of Dodge,” Willie said. “The satanists are on the run. The Queen Lizard is a satanist. There are lots and lots of missing children at Buckingham Palace from the tours. [Princess] Diana was killed—I mean murdered—because she was on the verge of revealing some of the satanism and some of the lizard stuff. These are very sick people and they [are] not all human.”

Willie wasn’t done there though. He went on to claim that both former president Bill Clinton and his wife, former presidential candidate Hillary Clinton, are suffering from a brain disease brought on by cannibalism.

The former president “is at death’s door” due to “some form of very advanced venereal disease” but it’s the cannibalism illness that really has Willie worried.

“These people are really, really sick,” he said. “I mean mentally deranged and very far gone as to the norms of society. There are some mental diseases that are very pernicious that seem to happen from cannibalism and it could be that Bill Clinton has got a little bit of that.”

As for Hillary, she actually died on 9/11 even though she’s apparently alive and living with a zombie disorder. Or maybe her doppelganger is the one with a taste for human flesh. At this point, who can keep up?

“That woman on the third [presidential] debate, if you think that was Hillary, you got rocks in your head, you got nothing in your head,” Willie declared. “That was a 45 to 50 year-old woman posing as a wrinkled 70 year-old Hillary? Are you kidding me? I’m not stupid!”