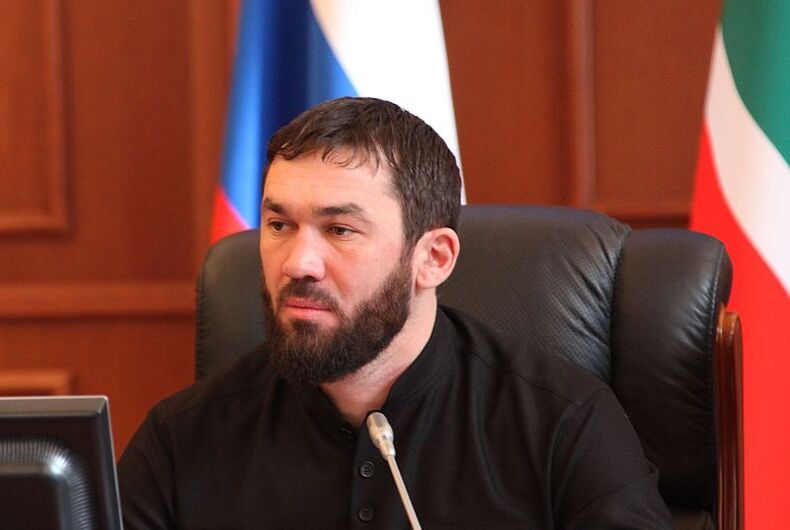 When reports of the abduction, violent interrogations, and extrajudicial killings of gay and bisexual men in Chechnya first broke, through the reporting of Russian newspaper Novaya Gazetta, Human Rights Watch quickly responded.

The international, nongovernmental group has investigated the situation, working closely with journalists and representatives from the Russia LGBT Network, a group that is helping men escape.

HRW is now out with a new report detailing its findings, and what they found is stomach-turning.

The report states that the roundup of gay and bisexual men began in February, after police detained a young man in Argun who was high on what the report refers to as “a euphoria-inducing controlled substance.” When they searched his phone and found pictures and messages that suggested he was gay, they tortured him to gain the names of other gay or bisexual men.

The information found its way up the ladder to Magomed Daudov, the speaker of the Chechen parliament, and confidant to Chechen president Ramzan Kadyrov, who, like Russian President Vladimir Putin, still denies any abuses are taking place.

Daudov is said to have been instrumental in approving of the purge and setting it in motion. Most of the former detainees said they heard police refer to directives given from Daudov pertaining to the type of abuse they were to inflict upon the victims. Three said they saw him at detention sites in Argun and Grozny.

The report also stresses that Chechnya has grown increasingly autocratic and tyrannical over Kadyrov’s tenure as leader, cracking down on anyone seen as threatening or “undesirable.” The report argues that he has done so with the Kremlin’s blessing.

The round up of gay and bisexual men is said to have continued at least through the first week of April, with a lull in mid-March, and appears to have affected over 100 people. Under the pressure of investigation, in which those involved are either claiming innocence or too ill to cooperate, the round up seems to have come to a halt.

That said, some men are still believed to be held in captivity.

“Foreign countries should do everything possible to provide safe sanctuary to victims of the purge, who are at immediate risk of grave physical harm as long as they remain in Russia,” the report argues. As they quote one of the former detainees telling them, “They have long arms and they can find me and the others anywhere in Russia, just give them time.”

The U.S. State Department is reportedly refusing to grant visas to the men.