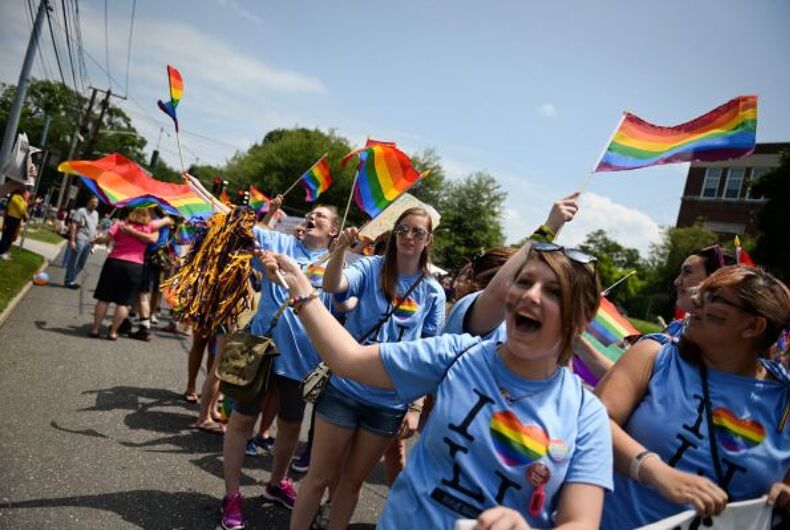 PrideFest turns 27 this year and organizers plan this to be their biggest Pride on the Beach ever.

Events include a pride market and fair featuring hundreds of vendors, a 5K race and a family fun run on the boardwalk, a concert on the beach, and a parade on June 11th dubbed “Rise with Pride.” There will also be a boat parade along Reynolds Channel, a Shabbat service, a beach party, a cabaret night at the library, a memorial paddle-out, as well as programs for LGBT youth, and a Taste of Long Beach in addition to other events aimed at driving visitors to local shops and restaurants, organizers told the Long Island Herald.

“We’re very excited to welcome the pride festival to Long Beach,” City Council Vice President Anthony Eramo told those attending a chamber of commerce meeting in April. “I believe it’s going to be a great weekend of family fun activities, and highlight the inclusive nature of our beautiful city.”

“It’s going to be really special,” said David Kilmnick, cofounder of Long Island Pride and chief executive officer of the LGBT network. “It’s an LGBT pride march, but it’s about bringing all the groups together. We’re getting the traditional groups signing up, but it’s going to be a very diverse makeup of groups and causes. We have everyone from schools marching to both the Nassau and Suffolk County police departments marching. And for the first time, the Boy Scouts are marching.”

But residents of Long Beach raised concerns about crowds, traffic and safety, given this will be their first time hosting the LGBTQ celebration.

“I think everyone in Long Beach is happy to have you here,” resident Eileen Hession told Kilmnick at the meeting. “We just want to be assured that it’s not going to be crazy. We have one crazy day a year here,” Hession said, referring to Irish Day, “and you’re multiplying that by three.”

Organizers assured the town they have met regularly with the Long Beach and Nassau County police departments and other law enforcement agencies. LGBT Network said it is also hiring its own private security officers to oversee the event.

“In terms of the setup, with some of the larger events that happen, like Irish Day or the Polar Bear plunge, those best practices have been employed,” Kilmnick said. “Planning has been, contrary to rumors, taking place for a good nine months. We feel very comfortable that things are going to go very smoothly and everyone is going to have a good time.”