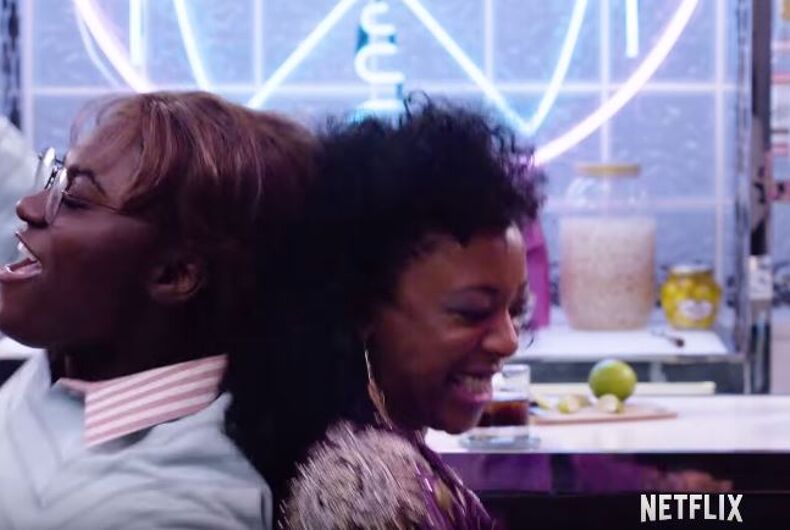 This is the Orange is the New Black, Black Mirror crossover you didn’t even know you needed.

Poussey (Samira Wiley) returns, after having been killed off at the end of last season, reunited with Taystee (Danielle Brooks) in the afterlife simulated reality world featured in the Black Mirror episode “San Junipero.”

That episode featured a same-sex couple, and won the GLAAD Media Award for Outstanding Individual Episode.

Taystee and Poussey share a drink and have a dance before Taystee is forced to return to the real world, waking up once again in prison.

Season 5 of Orange is the New Black returns on June 9. It promises to be a good one, having left on a cliffhanger ending, a pregnant Daya pointing a gun at officer Thomas Humphrey.

Catholic school teacher outed and harassed by students, then fired