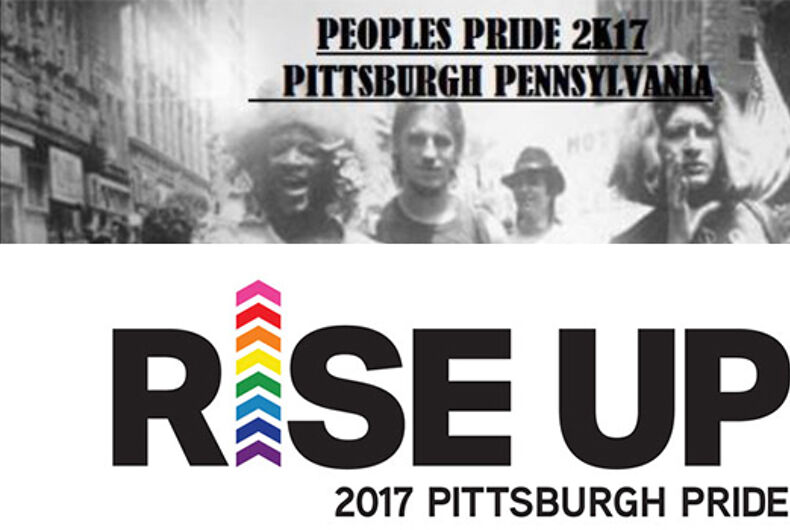 Two marches will be held for Pittsburgh Pride, the EQT Equality March and the People's March.

The nonprofit Delta Foundation announced in January that the June 11 Pittsburgh Pride parade would be named the EQT Equality March, immediately drawing backlash.

Corporate influence in Pride has long been an issue with many in the LGBTQ community, and EQT’s fracking methods have drawn particular criticism.

“Pride has historically been about resisting. It’s about bringing visibility to a marginalized community,” said Ciora Thomas, leader of SisTers PGH, a LGBT organization helping to organize the counter march. “That’s the history of Pride. We trying to carry on that legacy.”

EQT’s campaign contributions are also at issue, with Pittsburgh City Paper noting that last year, the corporation gave $10,000 to Pennsylvania Rep. Bill Shuster, who in 2013 said he was “disappointed” with a Supreme Court decision restoring same-sex marriage in California. EQT also gave $7,500 to Pennsylvania Rep. Tim Murphy, who misgendered Chelsea Manning in a statement in January criticizing Obama for commuting her sentence.

EQT responded to a request from the paper by saying it was “honored and excited to join with the Delta Foundation as the naming underwriter of what is now known as the EQT Equality March.”

It pointed to last year, where it also participated in Pride, with “nearly 100 EQT employees, along with their friends and families, marched in the parade.” EQT goes on to say a number of employees went on to create an LGBTQ employee resource group.

“EQT values the importance of celebrating all members of the community, and is looking forward to having a noticeable presence at this year’s Pittsburgh Pride festivities,” the statement concluded.

The Peoples Pride 2k17 march is scheduled for June 11 at 1 p.m., right after the EQT Equality March.

Corporate sponsorship and naming of Pride parades takes place in other cities as well, and conflicts between the actions of those entities and LGBTQ rights groups is nothing new.

The Human Rights Campaign recently returned $325,000 in corporate sponsorship from Bank of America for helping to negotiate the so-called “repeal” of anti-LGBTQ law House Bill 2 (HB2), House Bill 142, which maintains much of the same anti-equality status quo.

Bank of America will have their name attached as a sponsor to this year’s Pride parades in at least two cities: Charlotte, where the corporation is based, and Phoenix, Arizona.