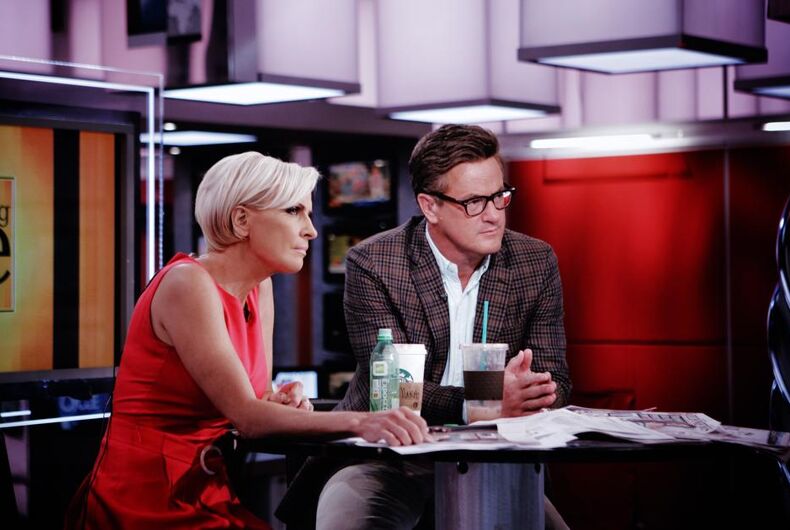 Mika Brzezinski and Joe Scarborough on the set of Morning Joe.Photo: MSNBC

“Morning Joe” co-hosts Joe Scarborough and Mika Brzezinski are engaged, according to MSNBC.

The news confirms rumors of an off-screen romance that have been swirling since last year.

The engagement was first reported by the New York Post‘s Page Six on Thursday. Regular panelist Harold Ford Jr. offered his congratulations at the top of Thursday’s show. Brzezinski thanked him before fellow co-host Willie Geist joked that Ford was congratulating the pair on the show’s ratings.

An MSNBC spokesperson tells The Associated Press that the couple is engaged, but said the network wouldn’t be commenting further.

During his campaign last year, President Donald Trump responded to criticism from Scarborough and Brzezinski on Twitter by promising to tell the “real story” of the couple’s relationship.

This would be 54-year-old Scarborough’s third marriage following his divorce from Susan Warren in 2013. An MSNBC spokesperson told the New York Post last year that the 50-year-old Brzezinski and WABC-TV reporter Jim Hoffer had divorced after 23 years of marriage.