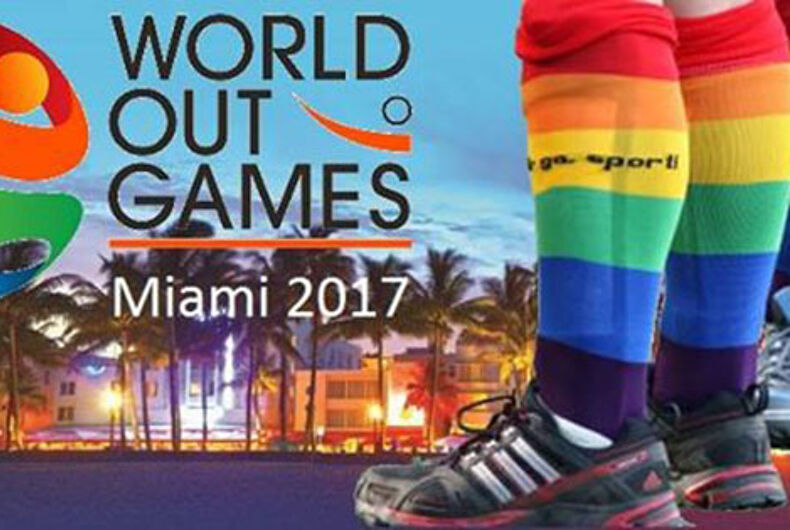 Editor’s note: this story was updated with late reaction from the host of the event, Omar Sharif, Jr.

On the day before a rainbow of events celebrating LGBTQ sports, culture and human rights was supposed to get underway, those plans have gone out with the tide in Miami Beach, Florida. The organizers of the World Outgames shocked South Beach and the international sports community with the cancellation of nearly everything scheduled.

That would include Saturday night’s opening ceremonies, the closing ceremonies, a human rights conference, cultural events and 28 sporting events. All that remains are aquatics, soccer and country western dance.

As Outsports first reported, the bad news arrived in the inboxes of Miami Beach officials Friday, as an email from the event’s board of directors:

It is with deep regret that due to financial challenges, World OutGames must cancel opening and closing ceremonies and sports programming with the exception of aquatics, country western dance and soccer. The Human Rights Conference and cultural programs will continue as planned. We thank everyone who has supported the effort and apologize to those who will be impacted by this difficult decision.

The 10-day event was set to run through Sunday, June 4th. Athletes and visitors who had flown to Miami Beach from around the world learned first-hand of the cancellation Friday when they arrived to find the registration desk was closed, WTVJ reported.

Another sign this was coming: as of Friday morning, organizers had not paid Miami Beach for a single permit for any of the seven venues, the Miami Herald reported.

“The writing has been on the wall for a while, despite organizers’ claims,” Cyd Ziegler wrote in Outsports. “Registration was at an abysmal level, less than half of any previous quadrennial LGBT multisport event in the last 25 years. There was absolutely no buzz for the event, and organizers inspired little confidence in the LGBT sports community.”

As recently as March, when registrants numbered merely 2,000 — a far cry from an anticipated 10,000 athletes — organizers guaranteed the games would go on, Outsports reported.

Among the celebrities scheduled to appear at the opening of the World Outgames was actor, model and activist Omar Sharif, Jr., who was to host the games.

Sharif flew 10 hours from Oslo to Miami, unaware of what had transpired Friday. He told LGBTQ Nation he found out upon landing, when he read messages from us, and from friends. No organizer had contacted him. “I’m confused,” he told us, at first, later adding: “I’m shocked.”

Sharif posted a statement to his fans and followers on Facebook.

Outsports reported that the OutGames organizers have been trying to negotiate with the Federation of Gay Games to combine their events, but failing that it appears the Gay Games now remain the only multisport quadrennial games for the LGBTQ community.