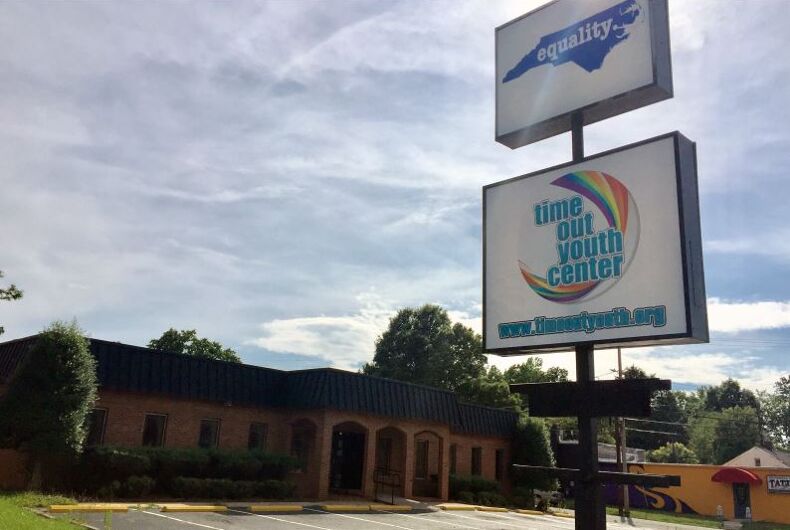 After being forced out of their old space due to gentrification, LGBTQ organization Time Out Youth set the goal of securing enough funding to create something even greater than what they left behind.

The goal was to raise $3.4 million in five years, allowing them to open a homeless shelter for LGBTQ youth. As the Charlotte Observer reports, they are already at the halfway point.

Howard Levine, former CEO of Family Dollar, and his wife Julie have just issued a $100,000 matching grant to help make the dream a reality. This follows another $100,000 donation from Myers Park Baptist Church, and one of $1.5 million from Sara Belk Gambrell, a member of the Belk family who manages the Gambrell Foundation.

“Projects like this often face challenges in raising money,” said Levine. “While I do not want to offend others, this is a matter of helping troubled youths, regardless of sexual orientation. These kids are often more hindered and troubled because of those who may have issues with the LGBT community. And the HB2 debate has made it even more of challenge for these kids on a daily basis.”

“It’s a statement to the community. Their understanding and support of social justice issues in our city is long standing,” said Tucker, noting it’s a new level of support for the long struggling agency. “This is the first major challenge grant the Center has ever received.”

Time Out Youth works to house individuals with volunteer host families, but can only do so for ten youths a year. The plans for a 10-bed shelter would allow them to do much more for those in need.

The new location is also renting out office space to other LGBTQ organizations, like Equality North Carolina, with whom they have partnered for a statewide school outreach program, and Transcend Charlotte.

Having those organizations in the space as well is a good way to build community, Time Out Youth Executive Director Rodney Tucker told QNotes.

“Being able to partner with other folks in a different way, having those new partnerships, is going to make a big difference,” Tucker said. “As well as offering that community conference space so that the whole community can be involved in Time Out Youth. And the kids can see the adult LGBT community and see how they fit in when they age out of our programs.”

Construction of the shelter will start in 2019 and be complete in 2020. It will be Charlotte’s first shelter specifically for LGBTQ youth.