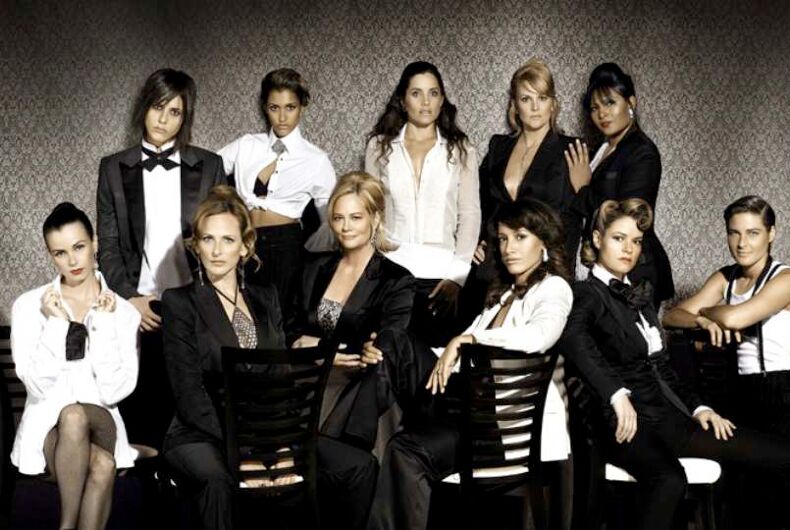 It was the tweet heard ’round the lesbian world.

Over the weekend, out director Ilene Chaiken posted a cryptic tweet in which she tagged most of the cast members from her iconic Showtime series The L Word.

Chaiken said she was interested in rebooting the groundbreaking series in a radio interview last year with Entertainment Weekly editor Henry Goldblatt.

“I would love to revisit the L Word,” Chaiken said. “We talk about it from time to time. I talk about it with some of my colleagues who were in the cast who would love to reboot it. I don’t know when. I’m busy and most of them are too, but I do still think that it’s a viable world in which to tell stories, and those characters are still beloved as far as I can tell.”

Kate Moennig (who played Shane McCutcheon) and Sarah Shahi (who played Carmen de la Pica Morales) both replied to Chaiken’s post with excited tweets of their own.

Can't wait to be with my gals again!!

Me too!! It's been WAYYYYYY TOO LONG

Fans expressed cautious excitement, careful not to get their hopes up in case the cast was planning a more private reunion.

is there a reunion or you guys just going for lunch.

Us lesbians are fragile ok 😂

While others hoped the alluded to reboot would see Shane and Carmen getting back together.

Let's see Carmen forgive Shane and get together once and for all!! Time and Maturity!!

And, of course, everyone’s still dying to know who killed Jenny Schechter — the character we all loved to hate — whose murder in the final season was never solved.

Omg we better find out who killed jenny!!!!!

What do you think? Will an L Word reboot actually come to pass? And more importantly, who killed Jenny?