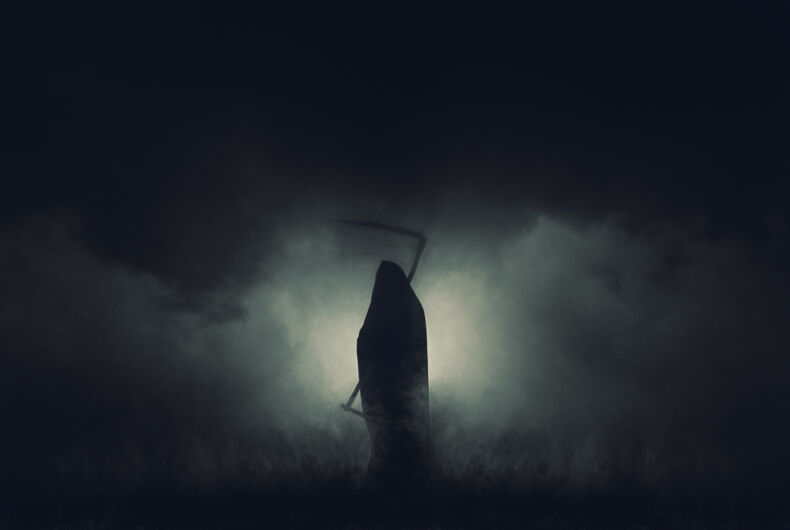 We all know how this ends.

Despite the avalanche of articles on aging with HIV or advice about how to avoid long-term side effects or even news of progress toward a cure, nothing will change the inevitable. None of us will get out of this alive.

And, in one of the bitter ironies of being a long-term survivor, my experiences during the worst of the plague years have become a handy point of reference. I have learned important lessons about the intimacies of dying that I can use when I eventually face my own mortality — which will almost certainly happen in a more organic, less traumatic environment than was afforded so many of my lost friends. I have a second chance at death.

My generation was tragically unprepared the first time around, when the sheer rate of loss was both unnatural and profoundly confusing for such young people. We juggled a full schedule of memorial services while trying to comprehend loss, intensive care units, final goodbyes and morphine drips. Only later did I appreciate how much those years have taught me.

When my father was dying a decade ago, I encouraged my mother to take advantage of home hospice nurses because I knew firsthand, and have since my twenties, how invaluable they are. Before Dad died, I was able to talk openly with him about how much he would be missed. It was exactly the kind of conversation I have had with friends dying of AIDS.

When my mother had a sudden, catastrophic heart attack during a routine hospital stay in January, our family was gathered in her room in shock. I managed to ask her doctor uncomfortable questions that allowed her to die without extreme measures because, again, I’ve done this before.

Long-term survivors, as haunted as we may be by our past, are uniquely qualified to address the practical and emotional concerns of our own mortality. I have arrangements for my living will, instructions not to resuscitate, and know my way around end-of-life care. Moreover, I am already in the practice of telling my friends how much I love them. When it is late, but not too late, I will be sure to tell them goodbye.

The men and women of the AIDS generation have been guinea pigs since the beginning. Our bodies have answered important questions. What medications work? What will the side effects be? How long will we live? What complications await us as we age? My life has been a perpetual clinical trial, but not for nothing. And now, as we catch up with the general population in its proximity to death, we may just have some parting gifts to share about dying with dignity, grace, and preparation. I would like to think my death can be nearly as meaningful as my life.

My attempt to find comfort with the process  of dying should not be interpreted as resignation. I don’t look forward to the end. I want to live. I will fight the effects of HIV – including its impact on my own health, debilitating public stigma and apathy, and the institutions that would harm people with HIV – for as long as I have strength and willingness. But I will not do it for a moment longer than is physically and emotionally bearable for me. I know when to call it a day.

There is no defeat in this attitude, despite our cultural uneasiness with death. The simple fact is that survival is finite, regardless of how “long-term” it may be. In our frantic scramble to live at any cost, sometimes the basics elude us. Worse, we tend to view death as a defeat.

It’s right there in the language commonly used in obituaries, reading that the departed “lost their battle” against one thing or another. It’s disheartening to see final words written about someone that suggest they somehow failed at staying alive.

I am not a failure. This is not a game to be won or lost. And the death I eventually experience will be nothing less than a triumph.

Mark S. King is the author of My Fabulous Disease, the award winning blog about living with HIV.