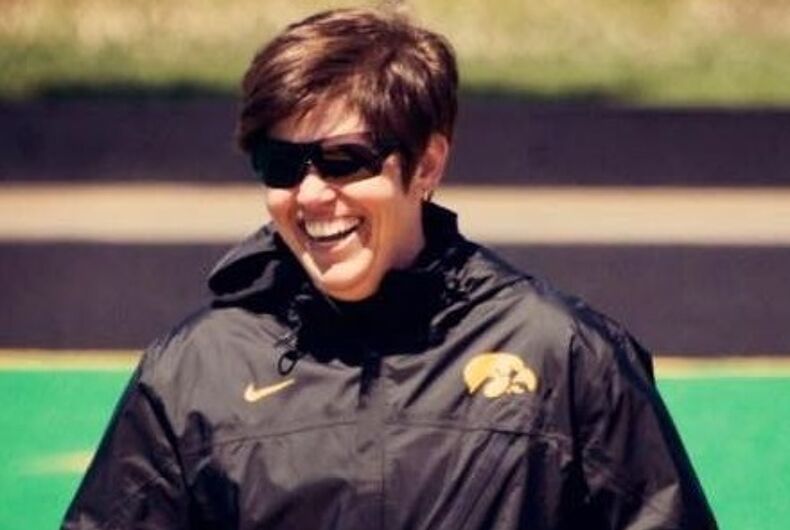 A judge is declining the University of Iowa’s request to delay the upcoming trial in a lawsuit filed by former women’s field hockey coach Tracey Griesbaum.

Griesbaum alleges she suffered discrimination based on gender and sexual orientation in Athletic Director Gary Barta’s decision to fire her without cause in 2014. Jurors last week awarded her partner, Iowa’s former associate athletic director Jane Meyer, $1.43 million in damages for discrimination, retaliation and unequal pay.

A university lawyer sought the delay in Griesbaum’s case Tuesday, saying Iowa “will not be able to present an adequate defense” in the 10-day period originally envisioned for trial.

Barta fired Griesbaum after receiving complaints about her treatment of some players, although an investigation found no policy violations.

California teacher resigns after writing that gays ‘deserve to die’

Sean Spicer and Donald Trump make out on SNL