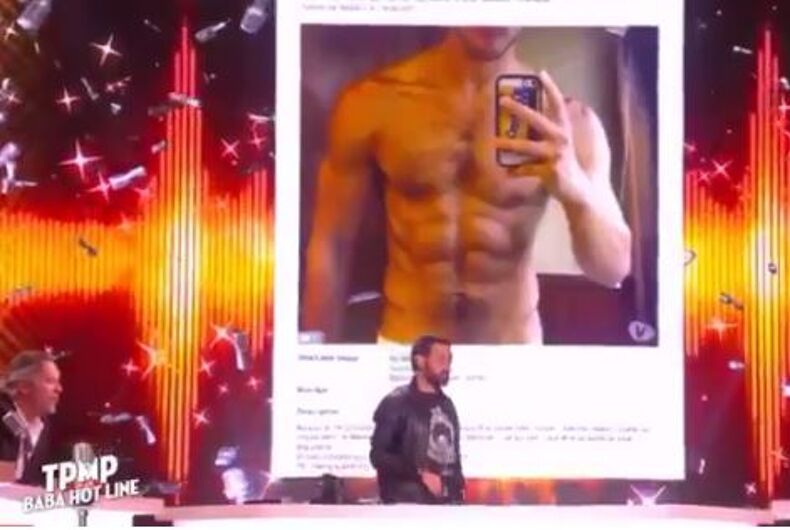 A homophobic stunt performed live on air in France on the program Don’t Touch My TV Set outed a now-homeless teen and has caused numerous advertisers to flee. Host Cyril Hanouna created a fake online dating profile, posing as a bisexual to catfish queer men and have them describe their fantasies live on air while he mocked them. The men did not know they were being broadcast live to millions of viewers.

As Huffington Post France reports, LGBTQ youth aid organization Le Refuge spoke with an 19-year-old who was one of the men tricked by Hanouna, who said he was not out of the closet, but his family recognized his voice from the program.

Le Refuge president Nicolas Noguier said the young man was in “a state of terrible moral distress.” He reported being kicked out of his home by his family over the revelations, with some even threatening him. He is now said to be safe.

The program received instant backlash, receiving around 20,000 complaints to the Conseil supérieur de l’audiovisuel (CSA), the independent regulator of television standards. That number is now over 25,000, reports BuzzFeed France, and advertisers are beginning to take the issue seriously enough to pull their ads from the show.

Dozens of brands are severing their relationship with the show, including Chanel, Disneyland Paris, Bosch, and Decathlon.

Hanouna at first released a defensive statement, saying he thought it was “sad” that he was being called homophobic. He has since taken on a more apologetic tone, reports Unicorn Booty.

“I never wanted to be malicious, undermine any human dignity or any privacy whatsoever,” he said. “On the contrary. I always thought that laugh at everything with everyone was the best way to respect all differences to include, to reconcile, to assemble in short to love.”

The show has been called out for its content before, including it’s homophobia. With advertisers finally responding to the pressure, one wonders if this will finally be enough to take the popular show off the air.

Indonesian police set up task force to hunt down gays