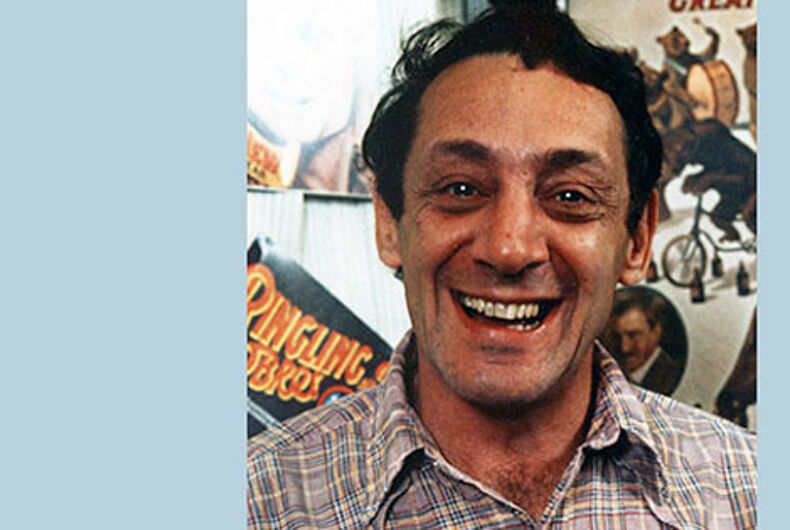 Everybody knows who Harvey Milk was, but in the 39 years since San Francisco’s first out supervisor was assassinated in city hall, some of his more famous accomplishments and even some of his quotes have been lost or forgotten.

And today is a good day to set the record, well, straight.

Monday is the 8th annual Harvey Milk Day, falling on what would have been his 87th birthday, a day full of events is planned, from his adopted city by the bay to the new ground zero for LGBTQ rights, North Carolina.

What is not as widely known about Milk is that he was the second of two sons, born in Woodmere, Queens on May 22, 1930, to a Lithuanian immigrant and his Lithuanian-American wife. He was raised in the family’s Jewish faith — they founded a synagogue —as well as worked in his family’s department store, according to his official biography.

Milk also worked as a public school teacher, an insurance actuary and even a financial analyst after leaving the Navy. So proud was he of his service during the Korean War and as a diving instructor that despite receiving a less than honorable discharge — after being questioned about his sexual orientation — that he wore a brass belt buckle with the Navy insignia to the day he died.

His liberal gay activism was quite a turnaround from his younger days. Although he knew he was gay when he attended Bay Shore High School on Long Island, he remained closeted, once even breaking off with a boy he said he loved, because he felt his boyfriend was too likely to challenge authority and get in trouble with the police. Milk even campaigned for arch-conservative Barry Goldwater.

But when he turned 39 in 1969, Milk decided it was time to come out. He had been working on several Broadway stage productions as an assistant, including “Hair” and “Jesus Christ Superstar.” Touring the country with the cast of “Hair,” his visit to San Francisco convinced him to move there in 1972. 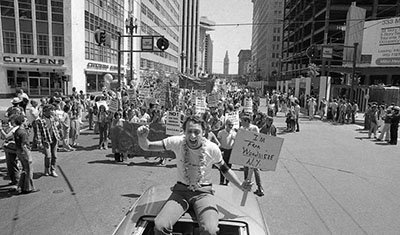 There he opened his own camera store, and after forming a business association and winning an appointment to a city commission, he was quickly lured by the idea of winning civil rights for gays and lesbians, Milk ran for public office — twice — and failed. What turned the tide was not his quest for gay rights, but an issue that everyone could get behind:

Whoever can solve the dogshit problem can be elected mayor of San Francisco, even president of the United States.

Milk ran on a campaign of cleaning up the streets, literally, and won. It was public enemy number one, Politico reported.

Milk was known for eloquence and spoke out against discrimination across California.

Although Milk’s voice was silenced by the bullet of a disgruntled former commissioner who also killed San Francisco Mayor George Moscone in November 1978, his words live on. In a recording of his will, he said he suspected he might one day be cut down by an assassin:

If a bullet should enter my brain, let that bullet destroy every closet door.

Cannes jury acts up for gay, bi men in Chechnya