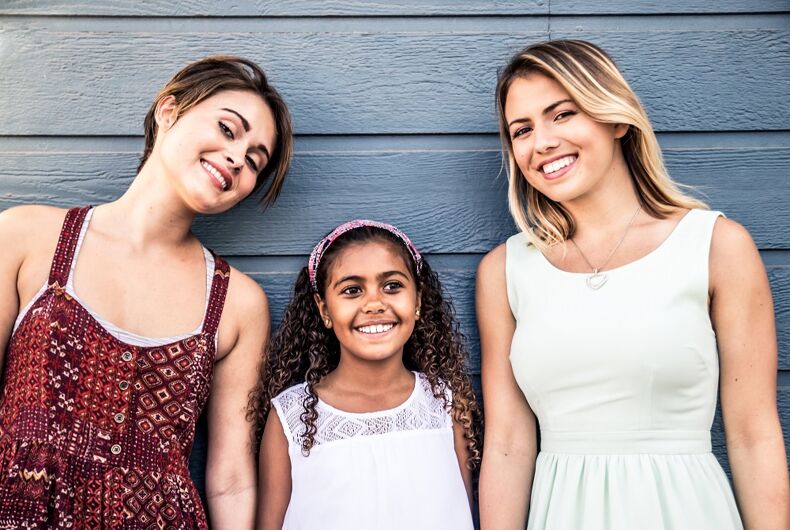 A Kentucky family court judge who openly declared his opposition to adoptions by gay couples has been blocked from instituting a measure that may have let him avoid handling such cases.

The judge is under attack from civil rights groups seeking his removal from the bench. The American Civil Liberties Union of Kentucky and other groups complained this week to the state’s judicial disciplinary commission about Nance.

Minton’s denial of the proposal was praised by gay-rights activist Chris Hartman.

“Creating an additional legal hurdle for LGBT couples to jump over in order to achieve their adoption is inappropriate and against the law,” said Hartman, director of the Fairness Campaign, a Louisville-based, nonprofit LGBT advocacy group.

The U.S. Supreme Court ruling in 2015 that effectively legalized same-sex marriage nationwide cited adoptions by same-sex couples as “powerful confirmation from the law itself that gays and lesbians can create loving, supportive families.”

The ruling also emphasized that people whose religious doctrines forbid condoning same-sex marriage must be given “proper protection as they seek to teach the principles that are so fulfilling and so central to their lives and faiths.”

Before submitting his proposed rule to the state’s chief justice, Nance filed an order in late April stating that attorneys should notify court officials if their adoption cases involve gay adults, so he can take steps to recuse himself. He cited a state law requiring judges to disqualify themselves from proceedings when they have a personal bias or prejudice.

In that order, Nance said he believes as a “matter of conscience” that “under no circumstance” would it be in a child’s best interest to be adopted “by a practicing homosexual.”

He said his “conscientious objection to the concept of adoption of a child by a practicing homosexual may constitute ‘personal bias or prejudice'” that would require his recusal.

That order had not been rescinded by Nance as of Friday afternoon, a Barren County court official said.

The judge’s defenders include the Family Foundation of Kentucky, which also supported Rowan County Clerk Kim Davis, who spent five days in jail for refusing to issue marriage licenses to same-sex couples based on her religious beliefs.

Martin Cothran, a spokesman for the nonprofit advocacy group based in Lexington, said this week that he couldn’t imagine the state’s Judicial Conduct Commission ruling against Nance “for doing what the law requires him to do — recuse himself if he believes his views might bias a case.”

Meanwhile, Nance recently stepped aside from a case in which a transgender person was seeking a domestic violence order, and the case was transferred to another judge.