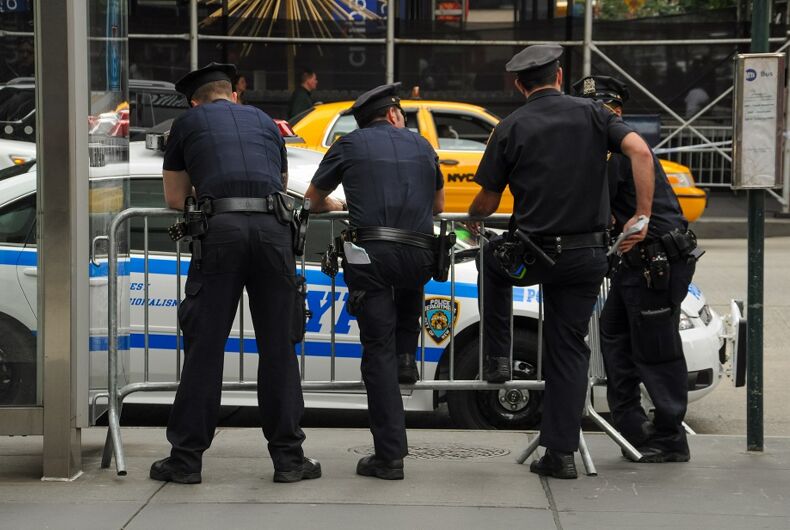 A man in the Bronx who shouted anti-gay epithets at someone and hit him on the head with a cane was arrested.

The attacker, Derik Harry, 27, tried to start a conversation with a young woman who was walking with the victim at 2:30 AM Thursday. According to the police report, she repeatedly rejected Harry’s advances, so the victim, 24, told Harry, “She doesn’t want to talk to you.”

Harry responded, “Mind your business, faggot!” and pushed the victim away. Harry followed the two to a shop where he used an anti-gay slur and punched the victim in the face.

The victim responded, “I guess you feel like a big man hitting a gay man.” He called the police, and Harry hit him on the head with his cane and ran away.

Police found Harry, but say that he did not seem to understand that he did something wrong. He allegedly told the police, “What you talking about? That gay n****r? Yeah, he got in my face so I took my cane and I whacked him.”

Harry is being charged with assault and the NYPD Hate Crimes Task Force in investigated the incident.