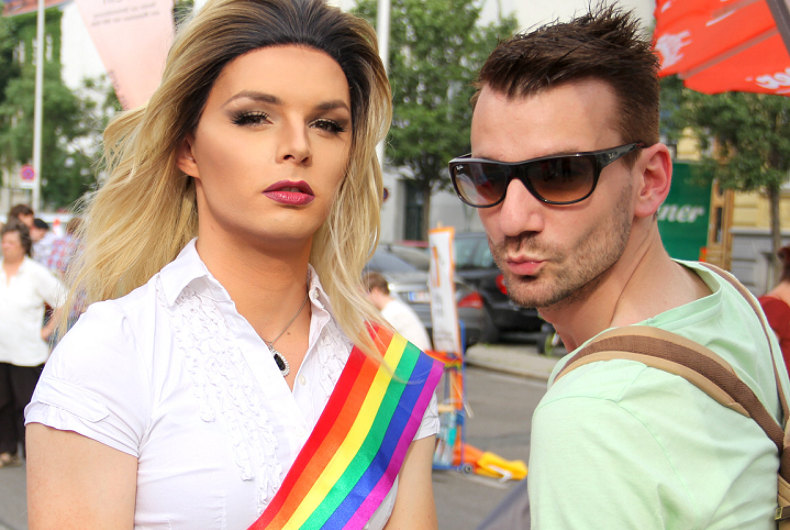 Americans have become more accepting of gays and lesbians as our visibility has increased.Photo: Wikimedia Commons

A new Gallup poll shows that Americans have moved to the left on a number of social issues this year, including acceptance of gay and lesbian relationships.

The telephone poll on social issues, which Gallup has performed every year since 2001, shows new high levels of Americans saying that the way other people live is “morally acceptable.”

Respondents are more likely now than in any year since 2001 to say they’re fine with birth control, divorce, sex outside of marriage, gay relationships, single parenthood, physician-assisted suicide, pornography, and polygamy*. Support for the death penalty and medical testing on animals was at an all-time low.

When Gallup first surveyed people about whether gay relationships were morally acceptable in 2001, only 40% of respondents said yes. That number has slowly climbed to 63%, the largest increase for any issue that Gallup asked about.

Part of the change might have to do with the wording of the question. From 2001 to 2004, Gallup asked about people’s views on “homosexual behavior.” It’s unclear what their wording was in 2005, and from 2006 to 2008 they asked about “homosexual relations.” Since 2009, they have been asking about “gay and lesbian relations.”

The next three issues that showed the most movement were all about marriage. Americans changed their views the most on single parenthood (17 percentage point increase), sex outside of marriage (16), and divorce (14). Medical testing on animals also lost support by 14 percentage points.

While support for these issues increased by a couple percentage points at the most over last year, none showed “meaningful change toward more traditionally conservative positions,” Gallup said in a statement.

Still, the trend that this poll shows is clear: America is becoming more “live and let live.”