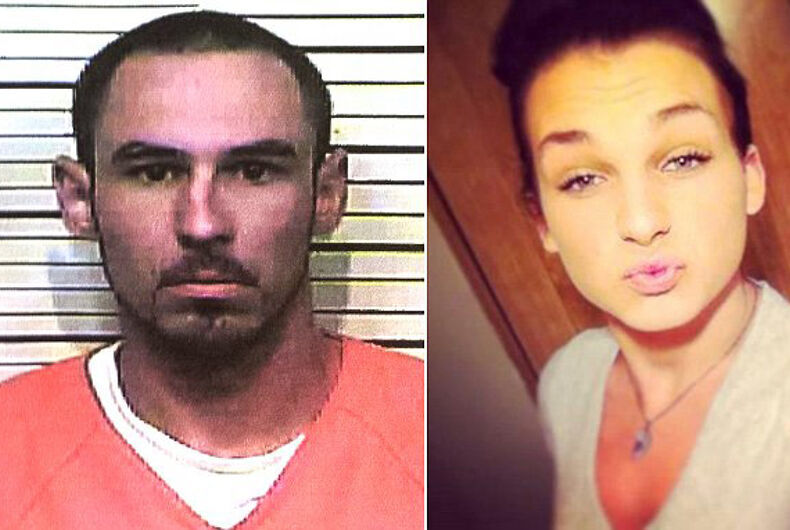 For the first time in the U.S., a person will be sentenced on federal hate crimes charges for killing a transgender person.

Joshua Vallum is scheduled to appear before a federal judge Monday in Gulfport, Mississippi, after pleading guilty in December to hate crimes charges in the 2015 death of 17-year-old Mercedes Williamson.

U.S. District Judge Louis Guirola Jr. could sentence Vallum to as long as life in prison without parole.

The case has been closely watched by LGBT groups nationwide, who cite studies showing transgender people are particularly likely to be victims of violent crimes. A 2009 federal hate crimes law included protections for gay and transgender people, but of the 47 people prosecuted during the period reviewed by The Associated Press, none were for offenses against transgender people.

Williamson was born male but transitioned to a female. Prosecutors say Vallum and Williamson dated and that he killed his transgender girlfriend because he worried fellow gang members would discover their relationship and kill both of them because gay sex was strictly forbidden by the Latin Kings gang.

In his defense, Vallum initially told sheriff’s deputies and later told The Sun Herald newspaper that he found out that Williamson had a penis on May 30, 2015 — moments before he killed her. He said he “blacked out” and doesn’t remember the crime, a variation of what’s known as a “gay panic” or “trans panic” defense. He declined to speak with the AP in a March letter, citing advice from his lawyer, but could talk to the judge Monday about the issue.

Prosecutors have said Vallum knew of Williamson’s transgender status long before he killed her, citing a witness in a state court proceeding who testified that Vallum and Williamson had sex multiple times while the witness was a roommate with Williamson.

Vallum didn’t contest evidence in court that he long knew Williamson was transgender. Federal prosecutor Julia Gegenheimer said during Vallum’s plea hearing in December that he began planning to kill Williamson after a friend called him May 28 to say he’d discovered her identity.

Vallum lured Williamson into a car in Alabama and drove her 50 miles (80 kilometers) to his family home near Lucedale, Mississippi, prosecutors have said. He shocked her with a stun gun and stabbed her in the body and head with a pocketknife, they added. They also said that when she tried to run into the woods, he chased her down and bashed her head with a hammer.