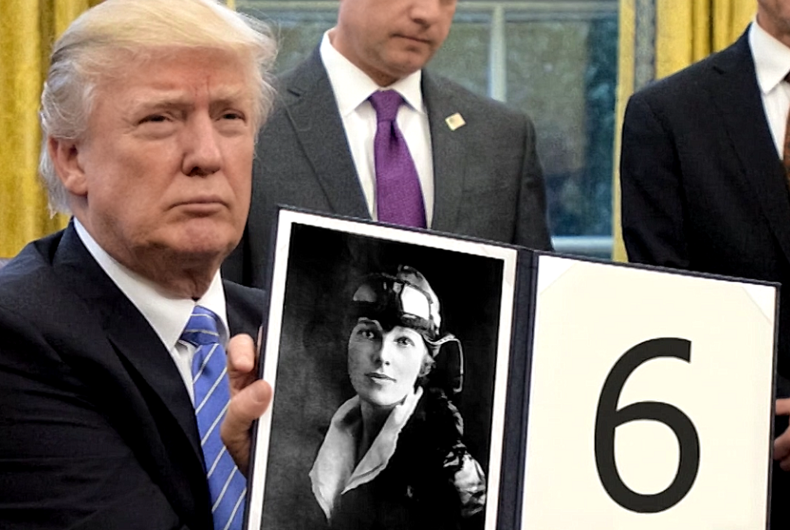 Ellen made a video to make fun of Donald Trump’s ignorance about history.

Last week in an interview with the Washington Examiner, Trump said, “I mean, had Andrew Jackson been a little later you wouldn’t have had the Civil War….he had a big heart. He was really angry that he saw what was happening with regard to the Civil War, he said ‘There’s no reason for this.'”

So Ellen imagined what other facts we could learn about if Donald Trump started a history channel.

Whether the facts are real or alternative is less important than making them huge and the best.

#FakeNews: Another religious right claim of persecution just got debunked

Texas votes to allow adoption agencies to discriminate against non-Christians