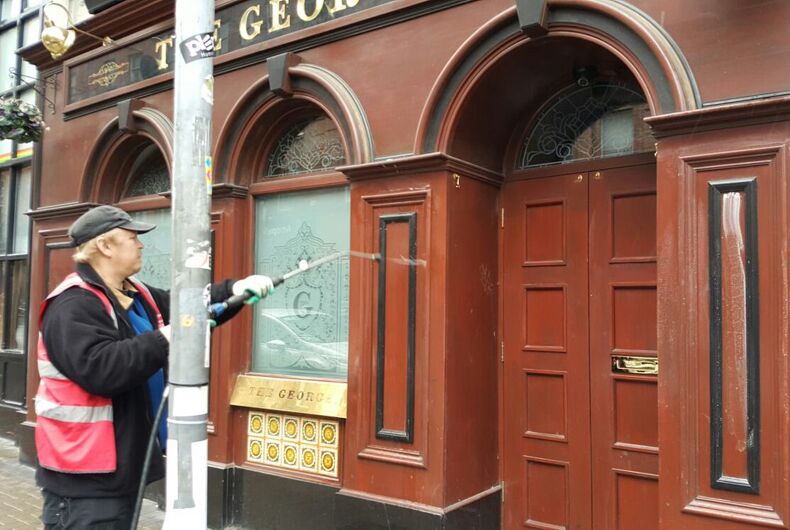 A famous gay bar in Dublin, the George, was vandalized late last night with anti-gay and Nazi graffitti.

Brian Finnegan, editor of Ireland’s Gay Community News, told the Independent, “The George is Dublin’s most identifiable gay spot and this shows that there are still people who think it’s perfectly acceptable to be viciously homophobic and anti-gay.”

This morning the bar was found with the words “faggots” and other homophobic slurs written on it. A swastika was also drawn on the bar.

Fortunately, the vandals used chalk, and the damage has already been removed.

The bar is located in a neighborhood known for its nightlife, but no witnesses have come forward.

The incident occurred during a weekend with events celebrating the two-year anniversary of the Marriage Equality Referendum passing in Ireland.

Dublin police say they are investigating the incident.