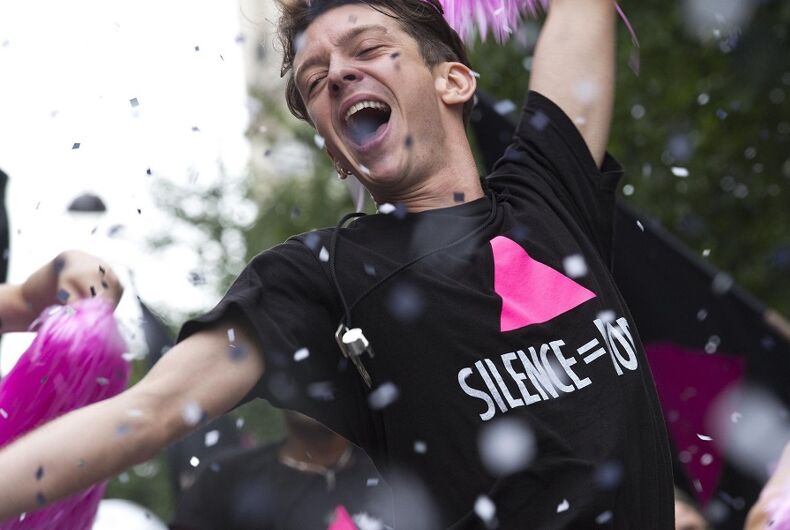 120 Beats Per Minute, a French AIDS drama with a full heart and a pounding rhythm, debuted at the Cannes Film Festival on Saturday and quickly joined the shortlist of favorites for the festival’s coveted Palme d’Or prize.

Directed by Robin Campillo, the co-screenwriter of the Palme d’Or-winning film The Class, the movie centers on the activist group ACT UP in Paris in the 1990s during the AIDS crisis.

The film’s docu-drama retelling of that painful period, combined with a burgeoning spirit of unity for the gay community, earned it some of the best reviews of the festival thus far. Vanity Fair called the film “a vital new gay classic.”

Campillo, himself, was an ACT UP militant activist in the ’90s and had long wanted to turn his experience — one of both tragedy and inspiration — into a film. He called it a “crucial” time in his life.

“I lived things myself which appear in the film. I actually had to dress a friend of mine who had died,” Campillo told reporters. “When you really experience that kind of thing firsthand, you realize these are very simple moments. You don’t break down and cry. You have certain forms of self-defense. It would be too easy if you could just cry and feel better.”

The film, filled with personal traumas and political awakenings, is fictional but is based on real events. It tracks the activists through strategy meetings, protests meant to spur action by the government or drug companies, and their evening reveries on the dance floor.

“What I wanted to do was get back to the electricity there was in those days, the energy,” said Campillo.

Handicapping Palme d’Or contenders is a notoriously tricky business, since the jury that will decide the award is cloistered in secrecy.

But with about a third of the 19 Palme d’Or contenders having screened by Saturday, 120 Beats Per Minute was hailed as a definite favorite. One of its stars, Nahuel Perez Biscayart, was also singled out for his moving performance as an HIV-positive young man who is drawn to action.

If 120 Beats Per Minute were to win the Palme d’Or, it would follow another, quite different gay coming-of-age film: the 2013 lesbian romance Blue Is the Warmest Color, directed by Abdellatif Kechiche.

1000 people participate in Pride in Romania