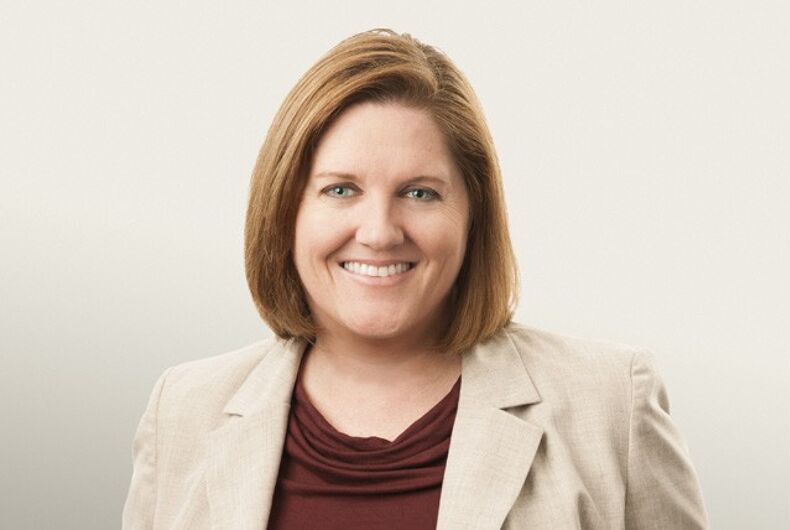 With newly installed DNC Chair Tom Perez in charge, the Democrats are starting to remake their organizational structure. As Perez lines up his team, he’s picked a power lesbian as CEO.

Jess O’Connell, the former Executive Director of EMILY’s List, was a powerhouse surrogate for Hillary Clinton’s campaign for president while at the same time leading the organization, which focuses on electing women to political office, to historic increases in membership and fundraising.

“Jess has an impressive progressive track record and I am honored that she will lend her talents to rebuilding our party and electing Democrats,” said DNC Chair Tom Perez. “She knows that we as a party need to get back to basics. We need to organize in every zip code and better communicate our message of inclusion and opportunity. We know what happens when Democrats don’t win, because we are bearing witnesses to the chaos and harm to working families that results with Republicans at the helm. Jess’ experience as a grassroots organizer and as a leader who has helped hundreds of Democratic candidates win up and down the ballot will be particularly valuable as we gear up for critical elections in 2017, 2018, and beyond.”

“Every single day we are witnessing unprecedented activism and excitement across our nation,” said Jess O’Connell. “I am thrilled to join the fight at the national party to make sure we translate this moment into a movement, and a movement into votes. The DNC has incredible potential and, under the leadership of Chair Perez, I’m ready to jump in and help make this organization more inclusive, effective, and influential. We are poised to build a foundation for a new Democratic Party in every state to jump-start a wave of Democratic wins from school board to Senate nationwide.”

Before taking the helm of EMILY’s List, O’Connell was a senior vice president at the Center for American Progress. She began her advocacy work in Colorado where she served as the first female director of the AIDS Walk, the largest in the Rocky Mountain region.

O’Connell lives in Maryland with her wife Holly, a librarian with Montgomery County Public Schools.