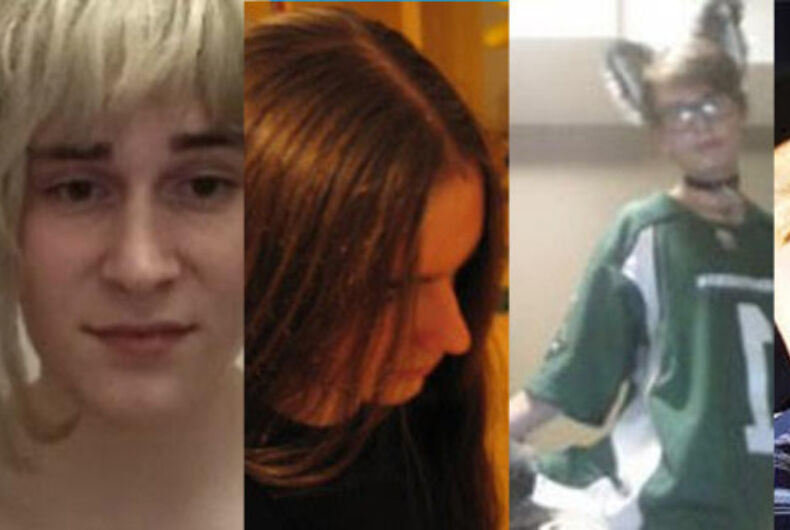 Images submitted by the trolls.Photo: Via Buzzfeed

Conservative blogs are in an uproar over a BuzzFeed story about a group of transgender gamers denied entry to a female-only tournament because it turns out the gamers were cis trolls.

But, really, what could BuzzFeed have done better here?

It started with a story on May 5 about a team of transgender gamers who wanted to enter the Counter-Strike: Global Offensive 5on5 Female Open Summer 2017 tournament in Munich, Germany, an event hosted by the Electronic Sports League (ESL) intended to “foster talent among women in esports.”

The gamers submitted an application but were told that they couldn’t enter unless they supplied passports that said they were female. They emailed a journalist at BuzzFeed and provided some quotations about their personal reactions to the ESL policy, and BuzzFeed confirmed that their application was rejected and got the ESL’s side of the story, which is that German law requires them to ask for passports as proof of gender identity.

Well, it turns out that the “transgender gamers” are actually transphobic cisgender men, proving… something.

Infowars (a beacon of journalistic integrity owned by a 9/11 truther who said that Hillary Clinton is operating a child sex ring in the basement of a pizzaria that doesn’t have a basement) said that BuzzFeed “fell right into the trap” and quoted one of the trolls, “Over the past 2 weeks we set up a plot to see if we could trick BuzzFeed into posting something that is fake, for the laughs.”

Conservative blog Heat Street said that BuzzFeed should have known that it was a prank because the trolls were wearing “bad wigs” (because the idea that gamers might not have the best hair is just ridiculous, right?).

Another conservative website, MILO, approvingly quoted one of the trolls as saying that “the poor me victim approach” tricked BuzzFeed, evidence that it’s a “bad” news outlet that didn’t do proper research.

The thing is, BuzzFeed‘s story was accurate in terms of what they could have confirmed. A group of people claiming to be transgender women gamers did apply to enter the tournament. They did get told that they had to provide passports. And BuzzFeed made sure to confirm this with screenshots and by talking to the hosts of the tournament.

What they didn’t confirm is something that they really couldn’t – that the people claiming to be transgender women were actually transgender women. BuzzFeed is under no requirement to get notes from their doctors before telling their story.

The other thing BuzzFeed couldn’t confirm was the gamers’ feelings of rejection. The right is laughing over how BuzzFeed was fooled into writing that these people were angry and disappointed, but how in the world were they supposed to know that they weren’t?

Because the right is largely made up of people who are incapable of feeling compassion for others, they often get told that they’re terrible human beings. This hurts their egos, so they have a number of elaborate defense mechanisms to keep their worldview in tact.

One of them is to always accuse victims of lying. In their world, it’s more likely that everyone who isn’t a white, straight, cis, Christian male is always lying than it is that systemic oppression actually exists.

In the absence of a widespread phenomenon of cisgender people pretending to be transgender, the more creative parts of the right fake it themselves in order to show the rest of us that we should be worried about this.

They’re hoping that they can disprove “Please respect my identity because I’m mature enough to know what it is, and no one would lie about this” with “Joke’s on you, I’m actually that immature and dishonest!”

Fortunately, that’s not how the world works. BuzzFeed can’t be expected to know when the people it interviews are lying about things that cannot be confirmed, and this story proves nothing other than that the right is full of assholes.

We are all Anderson Cooper rolling his eyes at Kellyanne Conway

Trump firing James Comey is a repeat of Nixon’s presidency