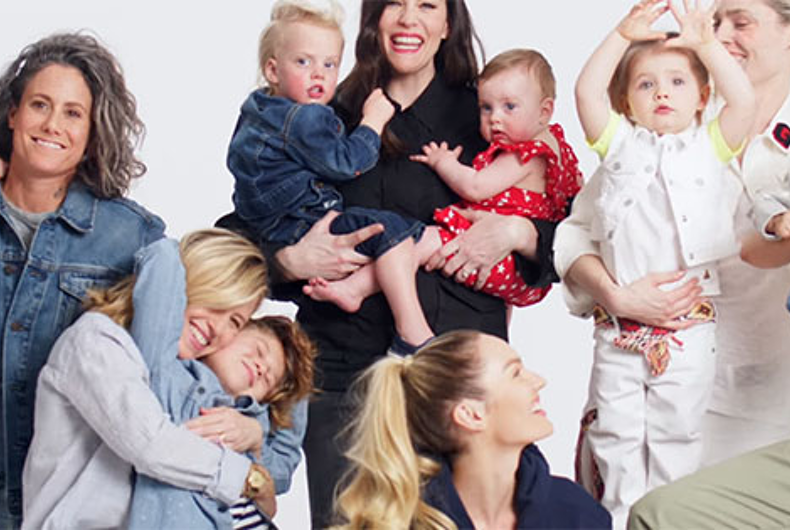 A short film from the clothing outfitter Gap celebrates motherhood and features actress Liv Tyler and her children, as well as a family headed by two lesbian moms.

Cass and Ali Bird and their children star alongside Tyler in Mama Said, which the daughter of Aerosmith’s Steven Tyler not only stars in but directed as well.

Photographer Cass and director Ali are moms to Leo and Mae, according to Gay Star News, and they are just two of the cutest kids you’ve ever seen.

Tyler also sings in the film, crooning the song “Let Your Love Flow” by the Bellamy Brothers.

“I love every aspect of Mama Said, Ali Bird told GSN. “It’s exciting to be doing this as a family with Gap and Every Mother Counts to support mothers who don’t have access and need the help.”

Every mother counts is a non-profit organization dedicated to making pregnancy and childbirth safe for every mother.

And here’s another video that tells a little of the behind the scenes story of Mama Said.

If you have one of these issues, Republicans think you don’t deserve insurance