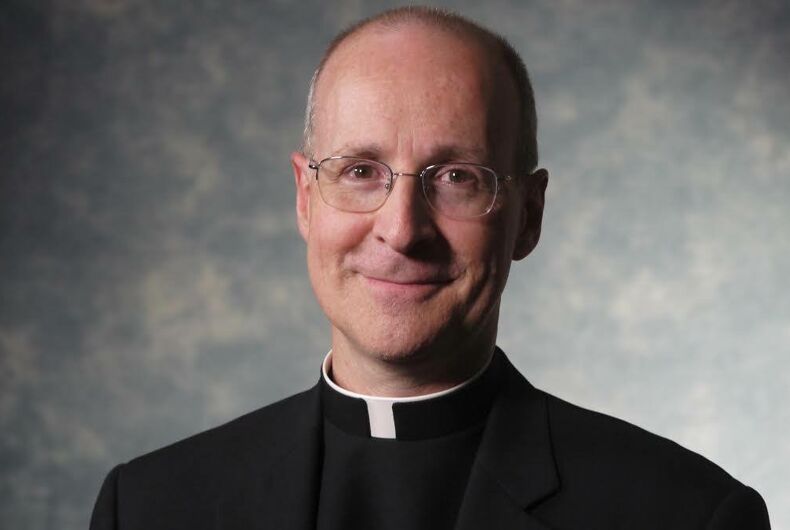 Editor’s note: this report has been updated to include a response from Father James Martin, the Vatican appointee who is at the center of this story.

Father James Martin, a Jesuit priest based in New York City who was appointed by the Vatican last month to consult on LGBTQ issues, told a Facebook follower of his that some of the Roman Catholic Church’s beloved and revered saints “were probably gay.”

And in the priestly equivalent of a “drop the mic,” he also told Walter Maczynski, “You may be surprised when you get to heaven to be greeted by LGBT men and women.”

Not surprisingly, that was not the last word on this concept. As GayStarNews reported, his Facebook comment was one of hundreds to a post about a Catholic bishop addressing an LGBTQ conference. Martin, who is the author of Building A Bridge: How the Catholic Church and the LGBT Community Can Enter into a Relationship of Respect, Compassion, and Sensitivity is also he editor-at-large of America magazine, and an advocate for inclusion of lesbians, gays, bisexual and transgender Catholics by the church.

In fact, another post in which he expressed support for trans students being able to use the bathrooms appropriate to their gender, even convinced a fellow priest that Martin’s Facebook account could not be authentic.

Unfortunately, Martin’s latest effort to win hearts and minds about LGBTQ saints was met with far less than charity.

Father Martin was asked by one person on Facebook if he believed in hell, and he told LGBTQ Nation his answer, and in doing so addressed the issue of those who are different from them, like lesbians, gays, bisexuals and trans people:

I do believe in hell, but I don’t believe that people end up there because they’re LGBT. Simply being LGBT is not sinful–and that’s part of Catholic teaching. In fact, the church is called to, in the words of the Catechism, treat LGBT people with “respect, compassion and sensitivity.” LGBT Catholics, like all people, are called to lead good and holy lives. What lands people in hell (at least according to the Gospels) is are not carrying out Jesus’s commands to love, forgive and care for the poor. And what lands us in heaven (again, according to the Gospels) is love, forgiveness and charity. So, by that measure, and since I have known scores of holy LGBT people, I believe that heaven is filled [with] LGBT people.

Polling shows Americans are more accepting of gay people than ever

Donald Trump has rekindled his Twitter feud with Rosie O’Donnell