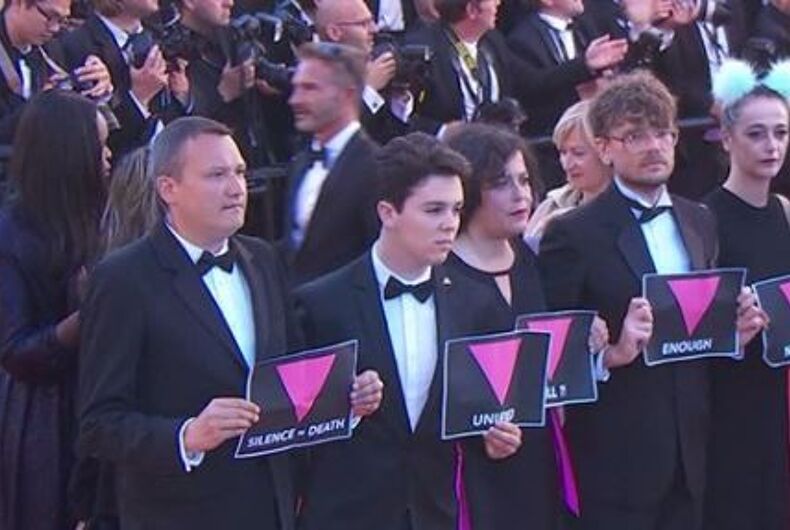 At the Cannes Film Festival, jurors for the Queer Palm made a statement calling attention to the dire situation for gay and bisexual men in Chechnya.

The protest took place on the red carpet of the premiere for 120 Beats Per Minute, a film about the early days of ACT UP and HIV/AIDS activism in ’90s Paris, which became a top contender for the festival’s top prize, the Palme d’Or, upon its premiere at the festival.

Related: 4 lessons from ACT UP you can use against the Trump administration

Reports of Chechen men being rounded up, interrogated, beaten, and in some instances turned over to families who are told to kill them or have the police do it themselves, have sent shock waves through the international community. Activists are working to get men out of the region, but organizers with the group Russia LGBT Network, responsible for getting 40 men out of Chechnya, have reported that they are having difficulties finding countries willing to grant asylum to the men. The U.S. is reportedly not willing to give them visas.

While U.N. Ambassador Nikki Haley has condemned the reports, President Trump has yet to speak out about them, and he did not bring up the issue when he met with Russia officials.

‘Hope will never be silent:’ Remembering the real Harvey Milk on his birthday