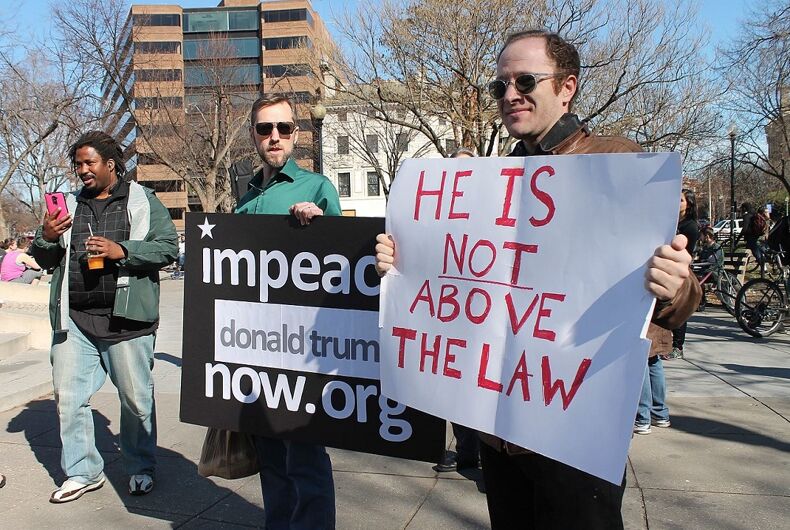 Business owners are used to thinking that they are, in fact, above the law, at least when it comes to how their businesses are run.Photo: Wikimedia Commons

Fanaticism consists of redoubling your effort when you have forgotten your aim.

The biggest titans of the world of business often make failed politicians.

Over the years government has imposed certain regulations on our “free market” economic system, and business executives must answer to their shareholders and sometimes to the courts, the worlds these titans inhabit impose far fewer restraints on their autocratic decision making.

The framers of our great Constitution, though, in their wisdom, devised a system of checks and balances between the three major branches of government so that no single branch could grab excessive powers over the others. They certainly had good reason not to replicate in their newly established country what they had experienced as a tyrannical British monarchy.

They also established the concept of a free and open public press in the First Amendment (supplemented and expanded by legislative actions and judicial decisions) acting as a Fourth Estate to ensure additional checks on potentially unfettered misinformation campaigns powerful leaders could use to circumvent constitutional constraints.

So entering the political arena with only experience in the business world can be difficult, to say the least. The opaque houses of business executives give them far more protection from the investigatory gaze compared with politicians’ houses of clear and largely unobstructed glass.

Take Donald Trump as an example of our cautionary tale. Trump, who inherited the mantle of business titan as if a divine right of kings, appears temperamentally incapable of governing within a constitutional democracy.

Setting aside his multiple disqualifying traits, including his erratic temperament, countless character flaws, and questionable mental stability, this self-imposed autocratic titan of business collided at full speed with the intractable iceberg of government. Now with a massive breach in his ship of state, he and his administration find themselves taking on water and slowly, but most assuredly, sinking to the bottom.

Otherwise, to invoke George Santayana once again: “Those who do not remember the past are condemned to repeat it.”