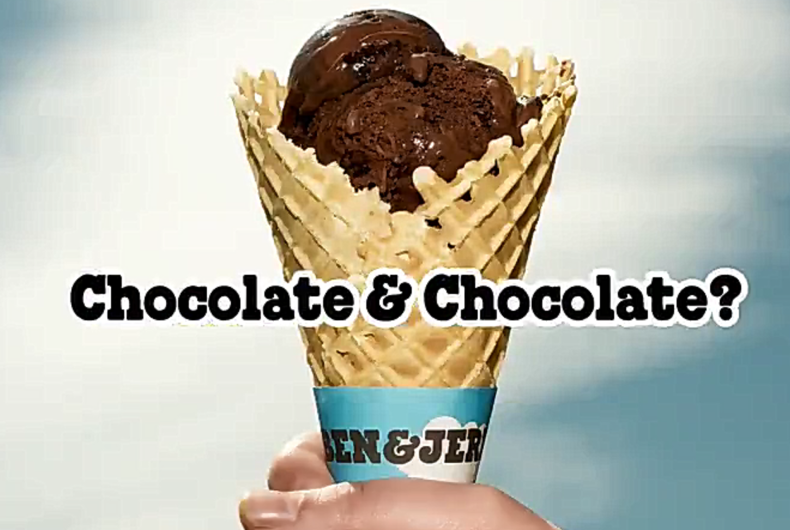 Ben & Jerry’s is protesting the ban on same-sex couples marrying in Australia by imposing a ban of its own: the ice cream chain will no longer serve two scoops of the same flavor together.

The announcement came via Twitter, where Ben & Jerry’s reminds Australians that if they’re annoyed that they can’t choose to have two scoops of the same flavor, they should remember that others still can’t choose to marry the person they want to.

We’re banning any same-flavour love in the fight for #marriageequality! Join us by signing petition to get Australia moving. pic.twitter.com/DV5MHOrCsZ

Ben & Jerry’s will have cards available in stores that customers can mail to their Members of Parliament to show support for marriage equality. The chain’s Twitter feed also directs followers to an online petition.

Sign Australia’s petition for #MarriageEquality, because… it’s about time! https://t.co/rfmGjvCdMq

Even though a poll last year showed that 62% of Australians support marriage equality, the country’s current governing coalition is conservative. A promised national referendum on the issue was rejected by the Australian senate last year.

‘Transparent’ creator Jill Soloway comes out as trans and non-binary