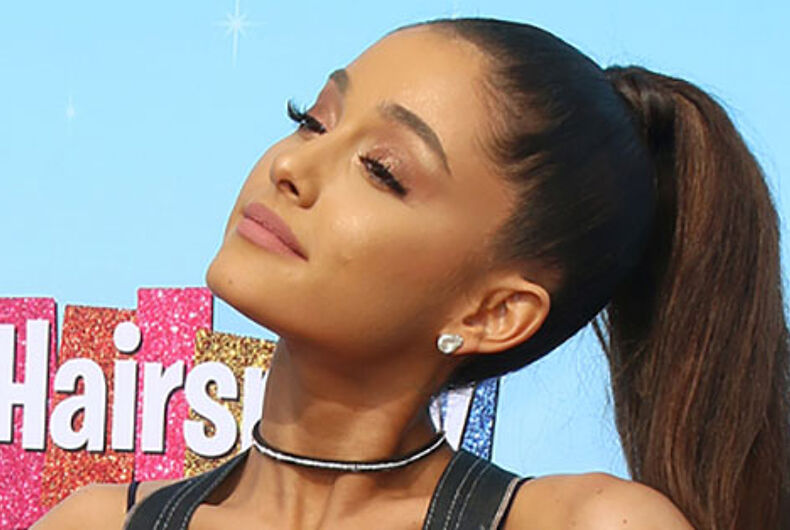 Singer Ariana Grande is headed back to Manchester, England for the first time since a suicide bomber killed 22 concertgoers and wounded dozens more following her May 22nd show, to raise money for those victims.

“I’ll be returning to the incredibly brave city of Manchester to spend time with my fans and to have a benefit concert in honour and raise money for the victims and their families.”

Her “One Love” concert this Sunday will also feature Miley Cyrus, Katy Perry, Justin Bieber, Pharrell, Coldplay, Usher and One Direction’s Niall Horan, along with the band Take That. Tickets go on sale Thursday but Grande is offering free passes to anyone who attended her Manchester Arena show.

The three-hour concert will be broadcast by the BBC and Capital Radio from the Old Trafford Cricket Ground, which has a seating capacity of 50,000 people.

All proceeds from the benefit will go to the We Love Manchester emergency fund, according to the BBC. That charity was established by the Manchester City Council, in conjunction with the British Red Cross. Organizers expect to raise $2.5 million from the event and related merchandise.

The concert announcement followed Tuesday’s reopening of Victoria Station, adjacent to the arena, for the first time since it was struck by a suicide bomber six days ago.

Fifty people injured in the attack remain hospitalized, 17 of them in intensive care. A police investigation by 1,000 officers has netted 16 arrests so far. A woman and a 16-year-old boy arrested in error were released.