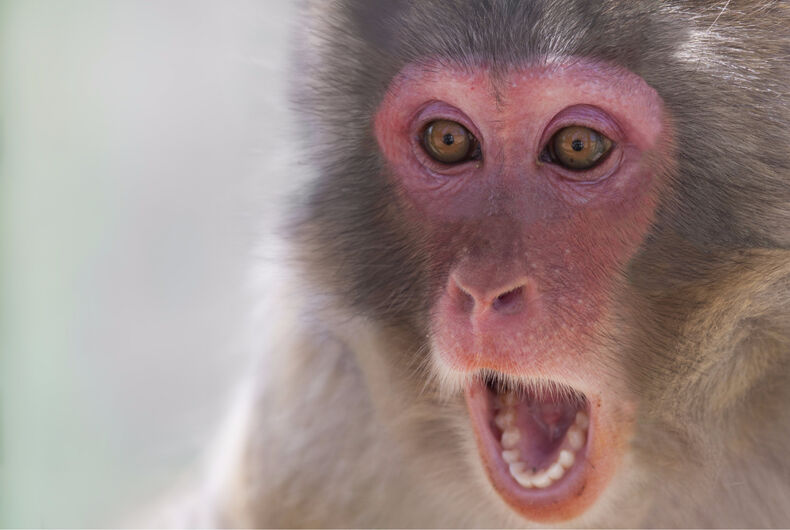 A man says he was punched and threatened with a gun last Tuesday at the Memphis Zoo because he’s gay.

Reginald Buckner, 23, says that he was near the dining area at the Memphis Zoo with some friends when two women asked if they could use his cell phone. Buckner said “no.”

The women then asked if everyone in the group was gay, and they told the women that they were.

The women responded with homophobia. Buckner told WMC Action News 5, “They said, ‘You know you’re going to hell, right?’ And I said ‘Wow.'”

Buckner said that the women joined up with some men, and that’s when the altercation became violent. “They just started out of nowhere physically assaulting.”

He was punched in the face and on the back, and then one of the attackers brandished a gun. “When she lifted up the gun everybody just started running.”

Memphis police appeared on the scene but say that the aggressors had already left by the time they arrived.

The victim, though, wonders why the gun was allowed in the zoo in the first place. “I am just literally just disgusted by them period. Because of the simple fact that they want to search everyone everywhere else. Why don’t they want to search at the zoo for weapons?” Buckner said.

The Memphis Zoo responded in a statement:

This was an isolated incident. The safety of all of our guests is of utmost importance and one of our top priorities. This matter is currently being handled by the Memphis Police Department.

RuPaul named one of Time Magazine’s 100 Most Influential People

The way this man proposed to his partner is beyond adorable