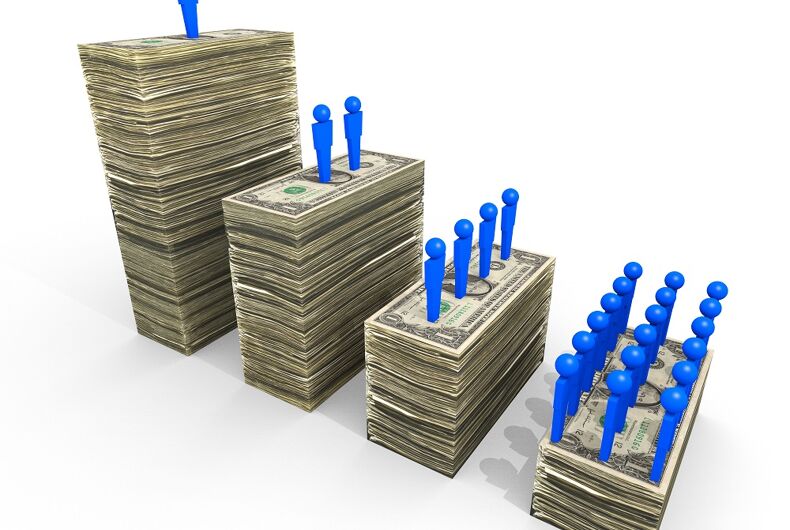 President Trump and Paul Ryan publicized that their newest iteration to “repeal and replace” Obama Care (Affordable Care Act) will be released soon. In addition, at their recent press conference, Gary Cohn, Director of the National Economic Council, and Steven Mnuchin, Secretary of the Department of the Treasury, announced the Trump administration’s proposed “tax reform” plans, and they said they would work closely with the Congress to pass.

To fully understand the basis on which the Trump Administration’s economic agenda was developed, it is necessary to realize the larger economic and political battles that have been constructed over competing ideologies separating political parties in the United States and also throughout the world concerning the purpose of government itself.

One argument rests on the ideas of John Maynard Keynes, a British economist who theorized that economic growth and reduced unemployment can be supported through governmental fiscal policies including spending to stimulate the economy, adjusting interest rates, and placement of certain regulations on market economics.

Another and competing philosophy has come to be known as “neoliberalism,” which centers on a market-driven approach to economic and social policy, including such tenets as reducing the size of the national government and granting more control to state and local governments; severely reducing or ending governmental regulation over the private sector; privatization of governmental services, industries, and institutions including education, health care, and social welfare; permanent incorporation of regressive marginal federal and state tax rates; and market-driven and unfettered “free market” economics.

These “trickle-down” tenets taken together, claim those who favor neoliberal ideas, will ensure continuous growth of the economy while protecting individual autonomy, liberty, and freedom.

Neoliberalism rests on the foundation of “meritocracy”: the notion that individuals are basically born onto a level playing field, and that success or failure depends on the individual’s personal merit, motivation, intelligence, ambition, and abilities. Those who are, however, born or enter into difficult circumstances can choose to pull themselves up by their boot straps, and they can rise to the heights that their abilities and merit can take them. People, therefore, possess personal responsibility for their life’s course, and the government should not give them stuff.

In a 2012 debate, Wolf Blitzer, the debate facilitator, asked then presidential candidate Ron Paul the hypothetical question of what we as a society should do in the case of a 30-year-old man who chooses not to purchase health insurance and later develops a serious life-threatening disease. Before Paul had a chance to answer Blitzer’s question, a number of audience members shouted “Let him die. Let him die.”

During this current political climate, the lines seem demarcated with the Republicans generally taking more of a neoliberal stance and the Democrats asserting more of a Keynesian perspective. Though the neoliberal battle cry of “liberty” and “freedom” through “personal responsibility” sounds wonderful on the surface, what are the costs of this alleged “liberty” and “freedom”?

As singer/songwriter Kris Kristofferson declares in his legendary song, “Me and Bobby McGee”: Freedom’s just another word for nothing left to lose.

How “free” are we when the upper 10% of families controls approximately 75% percent of the accumulated wealth and 85% of the stocks and bonds, when the wealth gap between white families and families of color is enormous with the mean net worth of white families standing at $679,000, Latino/a families at $112,000, and black families at $95,000?

And how “free” are we when before the Affordable Healthcare Act 50 million people in our country went uninsured and their only form of health care was the hospital emergency room, which the remainder of the population paid because our government will not provide a single-payer health care system?

How “free” are we when governmental entitlement programs are cut or privatized, thereby eliminating the safety net support systems from our elders, our young people, people with disabilities, people who have suffered hard times, and others struggling to provide life’s basics?

How “free” are we when the rights of women to control their bodies have increasingly come under attack, and when doctors and others are intimidated and even killed at family planning clinics?

How “free” are we when LGBT people are still denied their basic human and civil rights in many states on a daily basis in employment, housing, and public accommodations, and when they are vilified, scapegoated, attacked, and murdered, or when affirmative action programs to improve the chances of people of color and women are branded as nothing more than “reverse discrimination,” and steps are taken to abolish these strategies without replacing them with acceptable alternatives?

How “free” are we when conservative politicians push for school vouchers to funnel public money into parochial institutions at the expense of public education, when forces are gathering to reintroduce prayer into the public schools? And how “free” are we as the political and theocratic right tears down the wall separating religion from entering into the affairs of government and push legislation based on their notions of morality?

How “free” are we when politicians and business owners attempt to co-opt and decertify labor unions and eliminate collective bargaining?

How “free” are we when the National Rifle Association claims in its literature that “GUNS SAVE LIVES,” or when people can own and use assault rifles, and carry concealed firearms into bars, political rallies, and college and university campuses, and when the NRA and its many supporters fight to dismantle the meager governmental regulations further on weapons ownership and use?

How “free” are we when college and university tuition increases and governmental student assistance programs dry up, and students are left with gigantic debts following graduation or are pushed out entirely from the institutions of higher learning?

How “free” are we when the Right passes legislation to build walls, to deport, and to further restrict immigration and social and educational services to young people, and to break up families?

How “free” are we when President Trump promises to abolish the Consumer Protection Agency, the Environmental Protection Agency, the U.S. Department of Education, and other governmental agencies, as the U.S. Congress threatens to privatize our national parks, and to loosen environmental and consumer protections of all kinds, and when mining, oil, and lumber companies lobby to exploit the land further, and when they are granted enormous tax breaks and subsidies?

Ayn Rand, who has become the intellectual center for the economic/political/social philosophy of Libertarianism, which is closely aligned with neo-liberalism, constructs a bifurcated world of one-dimensional characters in her novels. On one side, she presents the noble, rational, intelligent, creative, inventive, self-reliant heroes of industry, music and the arts, science, commerce, and banking who wage a noble battle for dignity, integrity, personal, and economic freedom, and for the profits of their labors within an unregulated “free market” Capitalist system.

On the other side, she portrays the “looters” represented by the followers, the led, the irrational, unintelligent, misguided, misinformed, the corrupt government bureaucrats who regulate and manipulate the economy to justify nationalizing the means of economic production, who confiscate personal property, who dole out welfare to the unentitled, the lazy, and in so doing, destroy personal incentive and motivation resulting in dependency. Ayn Rand calls welfare “unearned rewards,” while she argues for a system of laissez-faire capitalism separating economics and state.

Ragnar Danneskjöld, Ayn Rand’s so-called moral crusading pirate and symbol for “justice” in her novel Atlas Shrugged, quite tellingly expresses Ayn Rand’s true purpose (and by extension the actual effects of neo-liberalism) when she puts these words in the pirate’s mouth: “I’ve chosen a special mission of my own. I’m after a man whom I want to destroy. He died many centuries ago, but until the last trace of him is wiped out of men’s minds, we will not have a decent world to live in.”