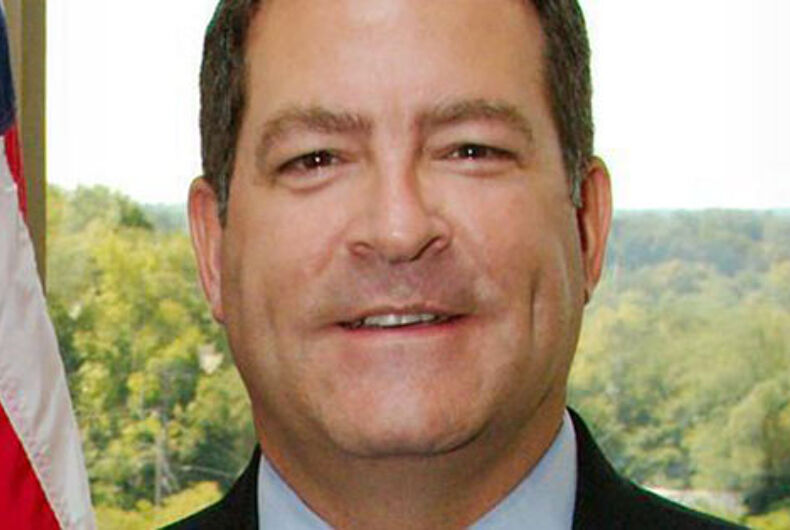 Reports say Tenn. State Sen. Mark Green is the man chosen by President Trump to run the U.S. Army, and he is absolutely nothing like the man who was Secretary of the Army under President Obama.

Eric Fanning was openly gay and took over the job five years after the dismantling of Don’t Ask, Don’t Tell. He was instrumental in the Department of Defense’s lifting of the ban on transgender military service, and told reporters following the November presidential election that he did not think those two policies would be reversed by the new administration.

That was before retired Gen. James Mattis and now Green were named to lead the military.

Green is the chief sponsor of legislation in Tennessee that is remarkably similar in scope to North Carolina’s House Bill 2.

State Bill 127 is a bill that has passed the house and is now before the state senate, which would prohibit a government agency from punishing a business that discriminated against someone LGBTQ. However it’s explained in the bill as taking “discriminatory action against a business entity on the basis of the internal policies of the business entity.”

Tennessee has no nondiscrimination protections on the basis of sexual orientation or gender identity, although there are cities and towns with stronger rules protecting LGBTQ government employees. But Green’s bill would ban the government and even public universities from looking at the internal policies of any company when doing business or giving out contracts ― because it would be considered discrimination against the business.

“You [wouldn’t be able to] have a provision in your contracting rule saying, ‘We’ll only contract with organizations that treat married same-sex couples equally. You couldn’t do that,” explained Chris Sanders, executive director of the Tennessee Equality Project, to Amanda Terkel of The Tennesseean. “Or you couldn’t say, ‘We’ll only subcontract with companies that have contraception as part of their health insurance.’ It’s not just LGBT [issues].”

Green, 52, is an Army veteran and a physician, who was deployed three times overseas during his military service. He was an Army medic for a special operations team that captured Saddam Hussein and wrote a book about the experience. Green attended the United States Military Academy at West Point.

His nomination will require the approval of the U.S. Senate. If he is in fact nominated, not only will Tennessee need to replace him as state senator but he will have to withdraw from the race for governor, causing a shakeup in the hotly contested race.