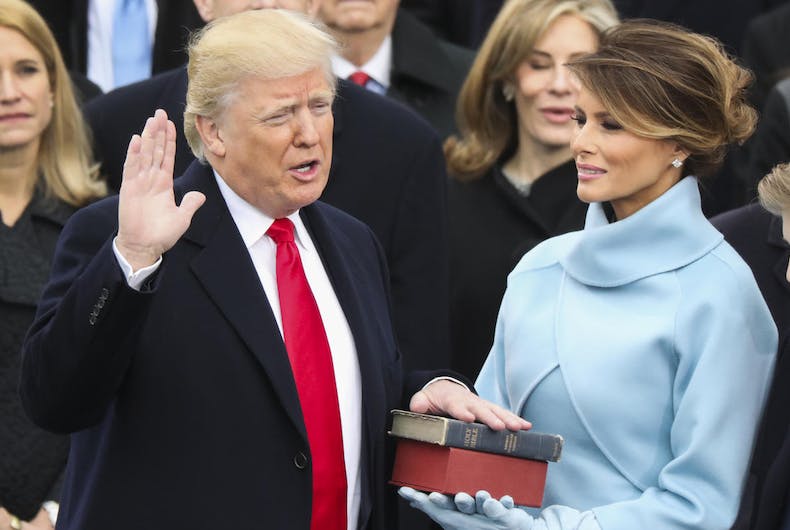 President Donald Trump is a polarizing figure, including among evangelicals.

Trump managed to capture 81 percent of the evangelical vote, but new research by the Washington Post shows that the rift between the faithful on the Trump train and those who remain opposed to him is leading some to leave their churches.

The Post surveyed 957 people both before and after the election, in late September and mid-November. Of those who said they had attended a house of worship when asked in September, 14 percent reported leaving that particular church by November.

While the report notes that those numbers are in line with previous surveys conducted in the 2000s, the publication went further to find out how much political differences could be blamed for the so-called “leavers.”

In the same survey, respondents were asked to report their own support of Trump as well as their estimate of their clergy’s level of support for Trump.

“Among this group, Trump’s average feeling thermometer rating — which ranges from 0 to 100 — was just over 48,” the Post found. “While that’s low, Hillary Clinton’s average was only 25. On average, they felt their clergy liked him only slightly better, averaging 50 on the same 100-point scale.”

Unsurprisingly, “those who felt that they and their clergy disagreed over Trump in September were the most likely to report leaving that house of worship by November.”

The paper posits that this could be why many evangelical preachers have been slow to speak out much about Trump one way or the other, for fear of alienating some of their churchgoers.

It will be interesting to see what might happen in this space if Trump is successful in his pledge to “totally destroy” the Johnson Amendment, a law that keeps churches and other nonprofits from endorsing candidates. Reports state that a repeal of the Johnson Amendment is being written into the Republican tax reform bill.